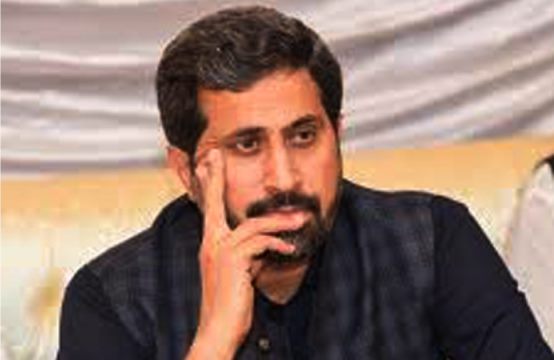 New Delhi/Lahore, Nov 3  Notorious for his remarks against the Hindu community, Fayyazul Hasan Chohan has been removed as the provincial information minister for Punjab.

Chohan, who previously held the colonies portfolio and additional charge of information, was removed on Monday and will now only hold the portfolio of the Punjab colonies minister, according to a notification issued by the Punjab Services and General Administration Department, Pakistan newspaper Dawn reported.

The move apparently came as a surprise to Chohan, who told Dawn when contacted that he did not know of any such development.

Chohan was sacked as the provincial information minister in March last year after he faced heavy criticism on social media for his derogatory remarks directed towards the Hindu community.

He was appointed again as Punjab information minister only months later, Dawn said, replacing Mian Aslam Iqbal, who had excused himself from the charge.

Firdous Awan, who was a PPP stalwart before she joined the PTI in May 2017, was named the special assistant to Prime Minister Imran Khan on information and broadcasting in April 2019, eight months after the PTI chief took office.

Awan, along with her husband, was a staunch supporter of the PPP until party co-chairman Asif Ali Zardari consolidated his control over the party, Dawn said.

In a tweet, Awan said she was “greatly humbled and honoured with the confidence that my great leader Imran Khan has shown in myself and my ability. I am also deeply thankful to the honourable CM Punjab for making me a part of his team.”: IANS