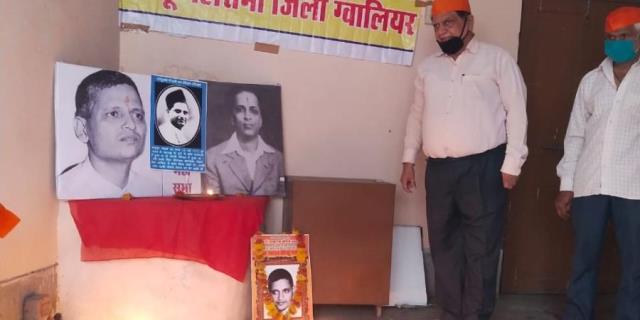 He claimed that 5,356 people across the country celebrated Godse’s birth anniversary.

He said all members of Mahasabha will light lamps to remember Godse on Wednesday evening.

In January this year, the Mahasabha had opened a Godse Gyan Shala (Godse Library) in Gwalior. They have been holding programmes on birth and death anniversary of Godse. Two years back, Mahasabha had announced that they will build temple of Godse in Gwalior.

Former CM Kamal Nath tweeted, “At a time when all public functions and gatherings are banned during the lock-down, the celebration of Nathuram Godse’s birth anniversary in Gwalior is not only unfortunate, but also exposes the real mindset of Shivraj Singh Chouhan government and its failure to stop such events from happening.”