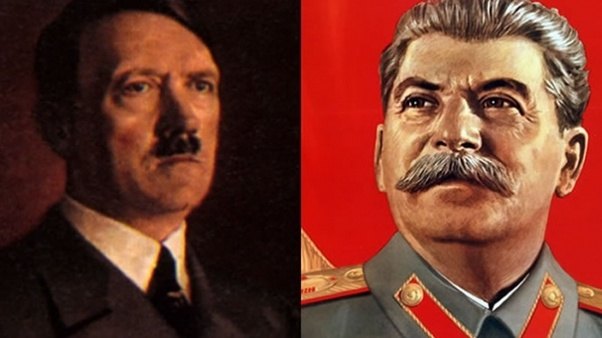 Winston Churchill disparaged the impact of Islam on Muslims in his 1899 book, The River War: How dreadful are the curses which Mohammedanism lays on its votaries! Besides the fanatical frenzy, which is as dangerous in a man as hydrophobia in a dog, there is this fearful fatalistic apathy.”

Adolf Hitler admired Islam, as quoted by Albert Speer in his 1969 book, Inside the Third Reich: You see, it’s been our misfortune to have the wrong religion. Why didn’t we have the religion of the Japanese, who regard sacrifice for the Fatherland as the highest good?

The Mohammedan religion too would have been much more compatible to us than Christianity. Why did it have to be Christianity with its meekness and flabbiness? Comments:

(1) The arch-enemies of World War II agreed in their perception of Islam as a martial faith — except that Churchill rued its “fanatical frenzy” and Hitler admired its representing the opposite of “meekness and flabbiness.”

(2) These positions echo in the West today. Paul Weston, a right-wing candidate for the European Parliament, took a stand by reading publicly from of The River War, leading to his arrest. Fascists still admire Islam’s perceived ferocity and want to ally with it: “I offer my most sincere best-wishes to those who wage holy Jihad against the infrastructure of the decadent, weak and Judaic-influenced societal infrastructure of the West,” wrote August Kreis, an Aryan Nations leader, sounding like Hitler.

(3) Today’s Left sees Muslims not as bellicose but as victims exploited by capitalism, tormented by Zionism, and victimized by “Islamophobia.” This marks a new understanding, one with no World War II precedent.

(4) How Westerners see Islam and Muslims can say more about them than about Islam or Muslims.