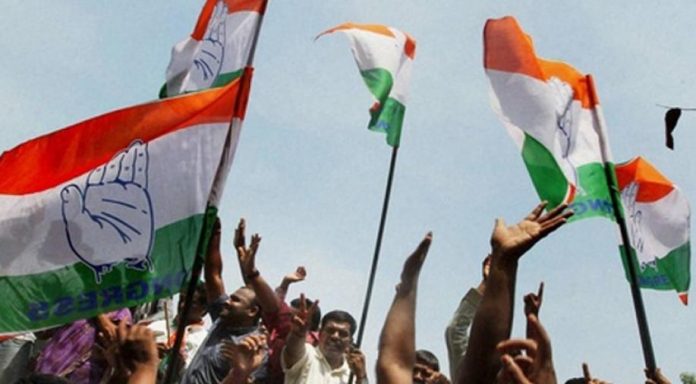 Elections, it is often said, humble the high and mighty. But the recently concluded state elections should be read as a humbling experience for all political parties. It is undoubtedly a massive blow for the BJP. To win the national elections, it needs to dominate the Hindi heartland. That dominance is decisively broken. It makes 2019 very competitive.Narendra Modi’s ability to swing elections in a commanding way is waning. His frustration is showing in that the only edge left to his rhetoric is low blows against the Gandhis. Ironically, it diminished him and elevated them. It has also lost two marquee chief ministers, in Shivraj Chouhan and Raman Singh . Modi has managed to destroy the enduring state level assets built up in these states. Its southward march was stopped in Telangana. More importantly, the BJP is now running on ideological bankruptcy: A failing development plank, buttressed by a more virulent Hindutva plank, exemplified by Yogi Adityanath’s 70-odd rallies. The election is also a reminder that communication matters. But any claim that the election is about mere rhetoric or “post-truth” has, yet again, been busted. The tide is turning against it, and the BJP has no strategy to counter the trend. From a Congress-mukt Bharat to the prospect of a BJP-rahit Hindi heartland is a big shift.

The Congress has got a new wind in its sails. This election is a potential turning point in Rahul Gandhi’s career: The party is on a revival path. He provides a potential centre for an alliance, and the sheer sense of vacuum in the party and the Opposition is abating. But the biggest boost the party will get is not just the numbers. It will be catalysing a larger shift across a number of institutions. Opportunists in politics will begin to hedge their bets. Those cowed by the prospect of an eternal BJP dominance will find their voice. The Indian capital and the media, those two engines trying to manufacture public opinion, will give the Congress more space. This momentum can be reinforcing. Chhattisgarh was a wonderful achievement and not anticipated by virtually anyone. But it is not inconsistent with this narrative to say that the Congress still needs to worry a great deal as well. There are humbling lessons for it as well. Very frankly, in Rajasthan, the verdict should have been more decisive in its favour; in Madhya Pradesh, despite deep agrarian crisis and weariness of a 15-year incumbent, the Congress could not make a decisive impact. It has not been able to make a more decisive dent in the BJP’s voteshare. What should have been a stronger wave is a moderate tide. It is much to draw strength from, but too premature to gloat over.

The prognosticators of alliance politics also need humbling. The Congress was clearly not able to transfer its votes or influence in Telangana despite an alliance. It would also be a mistake to conclude anything about what the result might have been, if there had been a pre-poll Congress-BSP alliance. The logic of transferring votes is not easy to discern, once you go constituency by constituency; nor is voting a simple calculus of social coalitions. We actually know much less about voting behaviour than we pretend to know: This is partly because our paradigms are still too socially deterministic than actual voting behaviour suggests. On the other hand, in such close elections, marginal adjustments matter. The TRS has emerged a big winner and Chandrababu Naidu’s ambition to play national convenor will have more competition. So, in any future politics of alliances, all parties, from the BSP to Congress, will have to play the game sensitively.

The ideological messaging of these elections will also humble all sides of the ideological debate. It is hard to call this election a decisive rejection of Hindutva politics, particularly in a state like Rajasthan. There is probably an instinctive recoil at the coarseness of a Yogi Adityanath and the increasing vileness of BJP’s politics. But the revulsion is not decisive enough for us to be complacent. Indeed, the danger is, with the Hindi heartland so closely poised, the BJP’s strategy will be to instigate a narrative that the Congress cannot govern. As the Congress runs to claim the Hindutva centre, it will push the BJP even more rightwards. Higher turnouts on both sides, but no decisive waves suggests a possibly more polarised electorate in these states. The lack of decisiveness in the mandate portends more conflict in the short run, which will require deft handling.

But the larger humbling lesson is this: India’s development model is producing serious and systemic discontent. As Neelanjan Sircar had noted, a lot of the battles in Madhya Pradesh were around very local reputations, stories of entrenched local corruption. There are no stories of decisive institutional transformations. The agrarian crisis almost catapulted Congress to power in Gujarat, and was the single biggest source of discontent in states like Madhya Pradesh, and was an undercurrent in Rajasthan. It seems that the TRS consolidated power by directly addressing these issues in the form of income support for farmers. Chouhan had managed that constituency well. But even his success ran up against the structural limitations that ensconce Indian agriculture.

But the truth is all parties have limited instruments to deal with these structural crises. The transformation to a non-agrarian economy is not fast enough, or reliable enough. The fact that people have expressed discontent with one dispensation is not proof that they are finding salvation in the other. At the end of the day, these elections are about a competing narrative only in a limited sense: A ruling dispensation full of arrogance, hubris, and willing to corrode all civil society and institutions competing with a Congress that is seen as a last defensive stance of an embattled republic. 2019 feels more like a fight for survival of the republic, not the buoyant narrative of a young nation marching into the future. It is important that the Indian Republic win the battle for survival. But, creating an effective political dispensation that addresses the big challenges that face India will remain elusive.

In that context, this election is significant. Perhaps democracies get invigorated, not by grand narratives, but the elixir of change itself. This election restores the balance of power in Indian democracy, and gives it an opportunity to find its true measure. But it also raises as many questions as it answers.

(The writer is vice chancellor of Ashoka University. Views are personal)