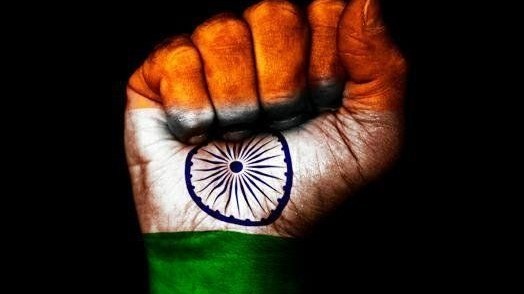 The intellectually sensitive and enlightened members of our society have been trying to solve the disturbing enigma that confronts them. They have yet to understand how the nation willingly accepts the increasingly worsening socio-economic condition in the country and not only acquiesces in the iniquitous modes of governance prevalent now, but even actively supports the deleterious policies of the government.

It is a disturbing fact that there is extensive deterioration in all phases of our life and we are helplessly watching the unfolding misery around us. The mutual respect and charity that was the core of our community has now died down and in its place, we now have distrust and virulent hatred. The intellectuals of this land ascribe the disintegration of communal harmony of the Indian nation to the right-wing ideology of virulent hatred of minorities and the socio-economically destitute sections of our population. The pervasive deterioration at all levels be they economic, social, academic, administrative or judicial has continued without extenuation. The public in general, and particularly those who wish to see India as a Hindu Rashtra, has accepted and endured the suffering caused by the pathogenic and communally toxic policies of this regime. This regressive trend in thinking has had incalculable effects on public morale and its trust in the current government. Despite all the specious propaganda of this regime to project a favourable and meliorative picture of the this government, the public refuses to ignore the general suffering inflicted on the nation by a disastrously tanking economy, rapidly disappearing job market, and increasing communal hatred.

One can say with emphatic conviction that the ruling party is totally bereft of political purpose and judicious administrative direction. A regime that has come to power on a deceitful prospectus of false promises and fraudulent schemes of development. But in a stark contrast of all that propaganda, the government has been lurching between chronic desipience and vainglorious braggadocio. Behind this political theatre of the absurd lies the staggering brutality and savagery inflicted on vulnerable and defenceless members of the minority community by the rank and file of this regime.

The irony of the situation is that amid government’s tall claims of progress and development, the nation has witnessed calamitous suffering and death due to the uncontrolled pandemic of Covid-19. The government was never prepared for a medical emergency of such a scale. The measures of healthcare to face a pandemic of such a ginormous pestilence were either pathetically inadequate or practically non-existent. Whatever slapdash efforts made to stall the spread of the epidemic, they lacked prudence and efficient planning. The result was the complacent government was shaken out of its faux composure and egregious thoughtlessness. The resulting catastrophe was there for everyone to see. The shocking number of fatalities plunged the nation in a state of unprecedented consternation and despair. The agencies responsible for national health and welfare were found execrably wanting in their duties. A cycle of blame game started among the agencies and they began to incriminate each other for the tragic disaster of such grievous measure.

Caught in the midst of miseries the nation had to cope with the rising cost of living. The rates of all essential commodities and food items were rising steeply and had become, for most people, unaffordable. There was pervasive affliction of all sorts without hope of deliverance or socially palliative remedies. There were no competent netas in the ruling echelon who could grasp the nettle and rectify the deteriorating affairs of the state.

Despite all the suffering and misery that engulfed the nation the obdurate supporters of the regime kept on singing the paean of praise to the floundering regime. The pliant and tendentious media itself further propagated the ideology of the ruling power. Whereas the staunch supporters of the regime were dutifully busy in the gasconade of electioneering for the party and at times stridently shouting seemingly innocuous and noble slogans as a cri de guerre, the media, in deliberate denial of factual truth, were actively engaged in image-building of the regime. The strength and survival of the regime rests on two committed forces of support. The inveterate followers of the right-wing ideology and the biased and bigoted media. How long this convenient nexus will endure is a matter of conjecture.

India as a nation, and a country as well, is faced with challenges of enormous measure and scale. However, we must not give up hope and intensify our efforts to reclaim the India envisioned by our founding fathers and our glorious ‘constitution’ assiduously woven by them. We have to overcome the divisive forces that constantly threaten our pluralistic society of ‘unity in diversity’ and safeguard the liberal and humane values that are central to the idea of ‘India’. We have to emphatically and persistently inculcate the spirit of enlightened liberalism and charity in the minds of our people so they realize that their own good is inherent in the good of all and that our prosperity and survival is indissolubly connected with each other. That respect for each other and concern for mutual wellbeing will evolve a society of love and moral strength. Let there be no backsliding, no relapsing into bigotry and socio-intellectual myopia.