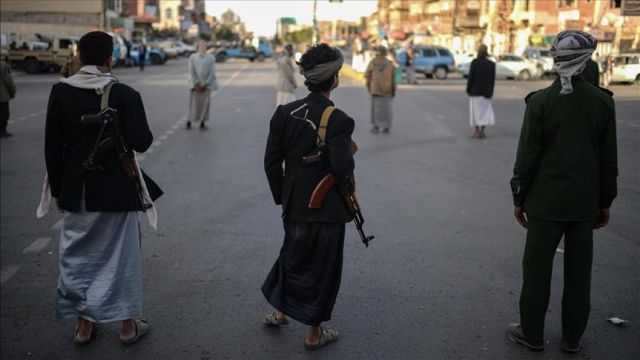 Yemen : Yemen’s Houthi militia have welcomed an announcement of a two-month ceasefire agreement by the UN Special Envoy for the country, Hans Grundberg, which is scheduled to begin at 7 p.m. on Saturday.

“We welcome the announcement by the UN envoy for Yemen of a humanitarian truce for two months,” Xinhua news agency quoted Houthi spokesman Mohammed Abdulsalam as saying in a statement.

“The truce deal includes stopping military operations, opening Sanaa International Airport to a number of flights, and opening the port of Hodeidah to a number of oil derivatives ships,” he said.

On Friday, the UN envoy announced earlier the truce between the warring parties in Yemen.

“The parties accepted to halt all offensive military air, ground and maritime operations inside Yemen and across its borders; they also agreed for fuel ships to enter Hodeidah ports and commercial flights to operate in and out of Sanaa airport to predetermined destinations in the region; they further agreed to meet under my auspices to open roads in Taiz and other governorates in Yemen,” Grundberg said.

“The truce can be renewed beyond the two-month period with the consent of the parties. The aim of this truce is to give Yemenis a necessary break from violence, relief from the humanitarian suffering, and most importantly hope that an end to this conflict is possible,” he added.

The envoy also said that he would work during the truce with the aim to reach a permanent ceasefire, addressing urgent economic and humanitarian measures and resuming the political process.

This is the first breakthrough in the seven-year civil war in Yemen.

Yemen has been mired in a civil war since late 2014 when the Iran-backed Houthi militia seized control of several northern provinces and forced the Saudi-backed government of President Abd-Rabbu Mansour Hadi out of the capital Sanaa.

The war has killed tens of thousands of people, displaced 4 million and pushed the country to the brink of starvation, according to UN.

Earlier, the Houthis said they “welcome dialogue with the coalition countries in any neutral country” which did not join the war in Yemen, Xinhua news agency quoted the militia-run al-Masirah TV as saying in a report.— IANS