After politics, business and academics, the ostracization of Muslims has gradually permeated into the entertainment industry as well, with Bollywood blockbusters failing to represent Muslims. Neither as comedians, nor as side characters Muslims have suddenly disappeared from most movie scripts these days which instils a sense of alienation amongst the community. But this lack of representation has been wedded with Bollywood’s silent romanticization of Islamophobia over years through movies like ‘Padmavat’, ‘Lipstick under my Burqa’, and ‘Tanjahi’, The Kashmir Files, and Ham Do Humare Do, projecting Muslims to be villains, violent, barbaric, oppressive, harsh, abusive, uncivilized or indecent. As the famous author, Robert Mckee puts it, ‘story telling is the most powerful way to put ideas into the world’ the Hindi cinema is using, rather misusing the power it wields as one of the highest earning entertainment industries in India to misinform its viewers about Islam and Muslims. 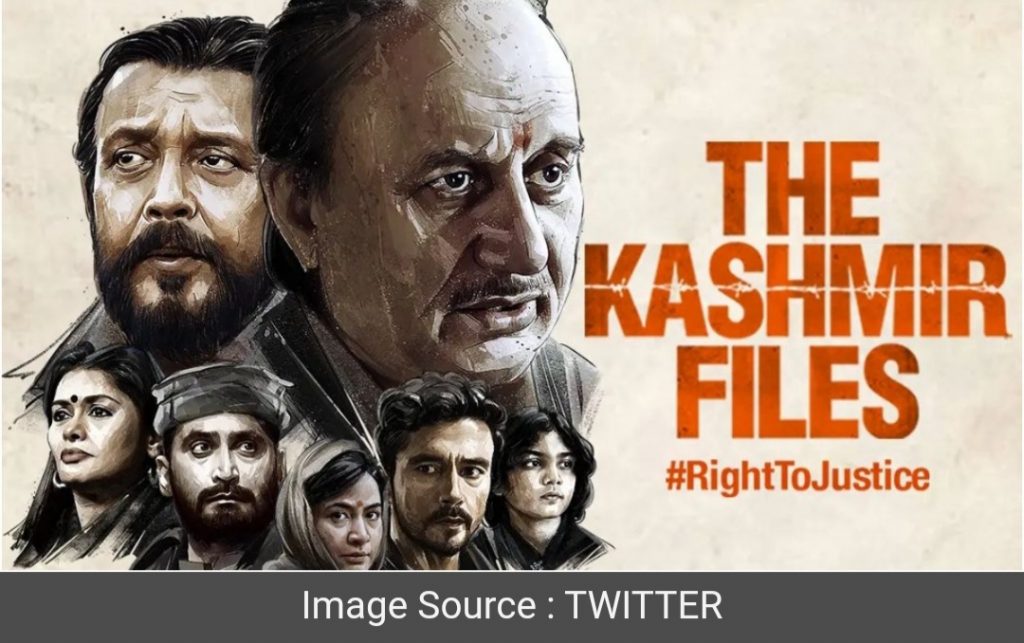 2022 has been a landmark in aggravating Islamophobic content creation in Hindi cinema via movies like Kashmir Files which promoted divisive politics based on communal lines to appease a majority of its viewers. The movie claimed to ostensibly highlight the atrocities suffered by Kashmiri Pandits at the hands of Muslims in the valley, but in reality, it tried to fallaciously misrepresent the Muslim community. Whether it be the portrayal of armed children or be the overstated figures of the victims, the movie distorted many facts and tried to deepen the line of difference and distance between the two communities even further, after decades of violence and concreted efforts of peace. The movie because of its discernible anti-Muslim agenda, caught extensive attention of the national and international media, and did extremely well on screen. The movie’s aim of fanning anti-minority sentiment proved to be successful, as even public places like cinema halls or theatres incited hate speeches and potential threat of mob lynchings of Muslims. The Prime Minister of the country, praised the movie which further gave a free hand to right wingers in the already polarised environment in the country as well as encouraged movie makers to produce similar content. Besides this, a movie like Brahmastra which has hyperbolically portrayed Hindu philosophy struck the soft Hindutva chord to appeal the masses as it hit the screens in September this year. 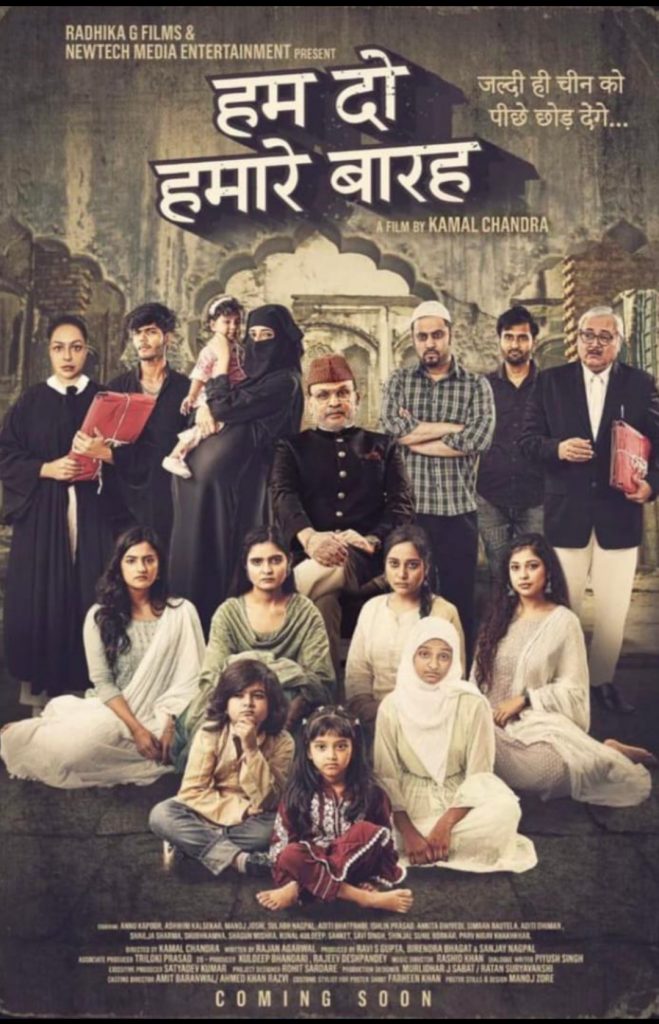 An upcoming movie in the chain, due to be released in 2023 is ‘The Kerala Story’, the trailer of which has caused much havoc due to regional and religious backlash received. In the trailer posted by the actress, a burqa adorning Keralite woman named Shalini is expressing how she has been coerced to convert to Islam and is now named Fatima Ba and is being used by ISIS as a terrorist along with 32000 other such girls. This trailer of over a minute is highlighting the concept of Muslims being terrorists and can be clearly seen as a flagbearer of anti-Muslim propaganda.

The gradual rise of such content across entertainment platforms is primarily because Islamophobic content is the highest payment option in India these days and such films serve the financial interests of its makers rampantly. The entertainment industry runs on the choices of people, and creates content which the public loves to watch and in the current scenario, hate is the only currency running and animosity is what is being sold, bought and fed at a large scale by politicians, businessmen, media houses and hence the general public.

The entertainment industry has not considered how such egregious content might act as a fuel to the already lightened fire of antipathy against Muslims causing unrest and violence. It is condemnable to know that neither the censor board nor any other authority is willing to take any step to stop the propagation of content which is spreading hatred and perhaps misleading too, making the intentions of such bodies suspicious. The more unfortunate reality is the convenient neglect of the politically sensitive situation of the country by one of the most influential, impactful, progressive and well aware entertainment industries in the country. Bollywood has always been blessed by the contribution of hundreds of Muslims both on and off camera which lays more responsibility on Hindi cinema to at least not worsen the already ignited situation.

In an environment where Indian Muslim women are struggling for their basic right to education and freedom of expression due to recent events of Hijab ban and debates on Talaq Hasan brewing, such content will only make Muslim women more susceptible to prejudices and stereotypes, belittling their very identity of a Muslim woman in India and denying them to freely practice their religion. Such movies also equally attempt to shatter the dignity of Muslim men, projecting them as radical and vicious monsters converting women to Islam and using them as sex objects in the name of religion. Particularly, Keralite Muslims are one of the most advanced of the community across the nation which is why their lives may be adversely affected as a consequence of such sensitive stories being brought to limelight without any credible evidence.

Although, the movie makers and the BJP are trying to project this as a true story, but in reality, there are no official records to prove the blatant claims made in the teaser. The makers of the movie are claiming to profess their right to freedom of expression by tarnishing the image of the Muslim community completely and even sparking the fire of Love Jihad and Ghar Wapsi. While many right-wingers are cheering for the movie forgetting that this can even act as a deterrent to India’s advancing relationship with Afghanistan, Iraq and Syria which may have an unpropitious impact on India’s role in the geo-politics of the subcontinent in the long run. The trailer of the film repeatedly became the topic of discussion in prime debates on electronic media, as a means to target the left government in Kerala as well as the Muslim community which is periodically defamed by the media whether it be in the Hijab row, Azaan issue or the recent Shraddha Murder case in which Aftab Ameen Poonawala was falsely portrayed as a Muslim.

The Kerala Story is just not all, ‘Hum Do Humare Barah’ an upcoming movie starring Anu Kapoor has instrumented hate against Muslims via its poster where a Muslim family with 12 children can be seen. Such a poster intimidates its viewers to believe that only Muslims are responsible for the population explosion in the country. Contrary to the communal myths prevalent in society, Muslim growth rate has gradually decreased more than Hindus over time, but such movies distort facts and intentionally create an illusion to spread hate. The trend only indicates how the entertainment industry will be used as a weapon to brainwash the masses.

Production of such films, backing by the Hindu nationalist government, media and hate mongers only indicate the deep-rooted enmity and hatred which has become the new normal in independent India. The Kerala Story is a reflection of the fact that even after 75 years of independence, as a nation we are still hurdled with ubiquitous and apparent obstacles of communal animosity which drive a majority of our population towards disharmony and physical violence. Although it is too early to say how the movie, which is due to be released in 2023 will be doing in the theatres but the heartening welcome of the trailer amidst all the controversies which it has kindled can be regarded as a prelude to the response it shall receive once it is released.