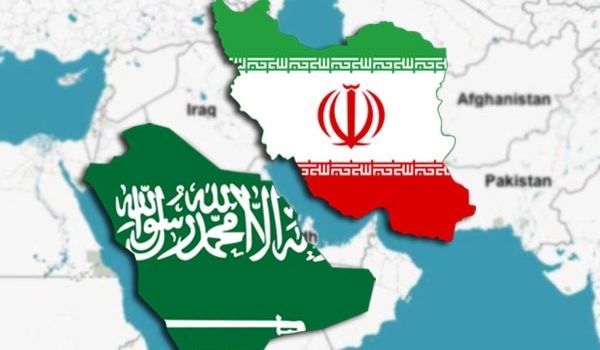 The raging war between Russia and Ukraine, has thrown US, European Union and NATO, which stand with Ukraine into splits, as there is only a ‘reported advance’ of Russian forces, therefore, what else be the better way to change the theater of war, which would serve the ‘best of interests to US’ and what else be the most better-to make Muslims fight, as that it what the West/White/Christian/Zionist/ Non-Muslim world seek! Hence, there are some snarls between Iran and Kingdom of Saudi Arabia (KSA) of late, but which have now started to gain a new momentum.

There have been developments that ‘ Iran warns Saudi Arabia ‘our strategic patience’ may run out – Fars. Fars is a semi-official news agency of Iran. It says, that ‘Iran’s intelligence minister Esmail Khatib told its regional rival Saudi Arabia that there is no guarantee of Tehran continuing its strategic patience. Until now, Iran has adopted strategic patience with firm rationality, but it cannot guarantee that it will not run out if hostilities continue. If Iran decides to retaliate and punish, glass palaces will crumble and these countries will not experience stability anymore. This standpoint has come from Iran when Wall Street Journal had reported that Riyadh had shared intelligence with the United States warning of an imminent attack from Iran on targets in the kingdom.
It is important to analyze that Iran has stated its position in context to ‘these countries’ which is squarely meant for KSA and its long term buddy United Arab Emirates (UAE) and there cannot be any second guesses that UAE and Israel are in-togetherness, now more openly since the normalization of diplomatic ties between UAE and Israel, since August 14, 2020. The last days of outgoing US President Donald Trump has the highlights that he conferred UAE with an Israeli embassy and soon to follow were Bahrain, Sudan and Morocco, and it is a foregone conclusion that had Donald Trump was to have assumed his second-tern, KSA and Israel were to embrace each other. Something the political establishment in KSA is still reluctant to go-ahead, whereas there is also not so warm-relationship between KSA Crown Prince Muhammed Bin Salman and US President Joseph Biden.

Anyone with an understanding of diplomacy can very easily construe that KSA and US sharing intelligence on Iran is the other way around, and is not about an imminent attack from Iran but on Iran instead, as US and KSA have been traditional allies of the last seven decades, and US maintains the same repertoire with Israel too, and that Iran has been reeling under US sanctions from the past around four decades, and has also recently been slapped with more US sanctions, from US over Iran’s supply of drones to Russia in its war against Ukraine.

Israel is supportive of Ukraine and Iran and Israel do not see eye to eye. The Arab nations share a disgust for Iran over its people’s revolution which came in 1979, and soon Iran was heaped over an Arab states sponsored ten-years war by Saddam Hussein of Iraq. By 2003, Iraq fell to US and later US tried to exercise its sway over Syria, which was thwarted by Russia and Iranian help. For US and Israel Iran is a permanent anathema, as both accuse Iran of nuclear ambitions while KSA is skeptical of Iran’s expansionism. There has been a clash for leadership of the so called ‘Muslim World’ between Iran and KSA too, where the cardinal question of the issue of Palestine has hung in balance, and history of the last fifty years has shown Israel eating into Palestine land, with every passing day.

Donald Trump another gift to Israel was the declaration of Jerusalem as its capital, where Israel is into a clash with Palestinians over the third holiest site of Islam-the Masjid Al Aqsa, on which Israel wants to build the Temple Mount. In very recent past has Israel thrown Operation Guardian of the Walls (2021) and Operation Breaking Dawn( 2022) against Palestine where KSA displayed a muted response while Iran backed the resistance forces of Palestine. US has stood solidly behind Israel and has groomed Israel supremacy in the entire Gulf-region, where only Iran has displayed to lock-horns with it. Iran resistance to US and Israel, could come primarily due to its proximity with Soviet Union, the erstwhile super-power, before it disintegrated into Russia, in 1989.

There is a convergence of geo-strategic interests against Iran from KSA, Israel and US, and US has now brought to fruition its efforts, as it has brought KSA-Israel-UAE together against Iran, but this time with India too into it. India has lot of stakes as India firstly finds itself as a natural-friend of Israel, is heavily dependent on oil and energy resources of KSA, and moreover, has millions of Indian workers in KSA and the entire Gulf, who send millions of USD as remittances annually. India does not have such stakes with Iran, hence, India is to be naturally inclined towards KSA and allies, whenever such a situation would arise.
US has now formularized I2U2 combination which makes for ‘India-Israel and US-UAE’ as an emerging front against Iran. It is a La West Asia QUAD on the lines of QUAD in the Indian Pacific Ocean which involves India, Australia, US and Japan. The latest visit of Joseph Biden on July 15, to the Gulf region was to stamp-approve the making of this group. The sole purpose of this new strategic arrangement is to contain Iran, which has also seen an unprecedented anti-Hijab protests after the death of Mahsa Amini on September 16. Iran excuse that Gulf nations are fanning the protests through their media is an alibi to control the ‘inside-protests’ and also a diversionist strategy to cool-its-masses. KSA too has been under the world media radar where Halloween festival was organized in the first week of November. But, the KSA oligarchs have an iron-hand controlled system.

Iran has openly sided with Russia over Ukraine, and in its way, has signaled to its people that Iran has added to the defeat of Ukraine if Russia wins the war, the US/KSA/Israel effort to drumbeat a war on Iran has every potential to boomerang as Russia will rescue Iran, while China will also help Iran against US. India which has maintained a striking balance on Russia-Ukraine war, will find a hard-sell, as India is heavily dependent on US, for US supports India against China, and Israel is India’s favourite arms supplier, and which stood ‘every-part’ with India during the uneasy time India had with China, in 2020 and later, when India had faced a prospect of a two-front war with China and Pakistan.

India will have every reason to gravitate towards US as US with its deft-diplomacy got Pakistan PM Imran Khan ‘sent-packing’ in April last, and whole of Pakistan is in shambles. US thereby, laid-to-rest all the fears of a two-front war on India. Now, it is to be seen if South Korea and North Korea take the bait first or US/Israel/KSA make a plunge on Iran? But most certainly the post-COVID-19 world cannot ill- afford another war as most certainly it will end-up into the third-world-war.