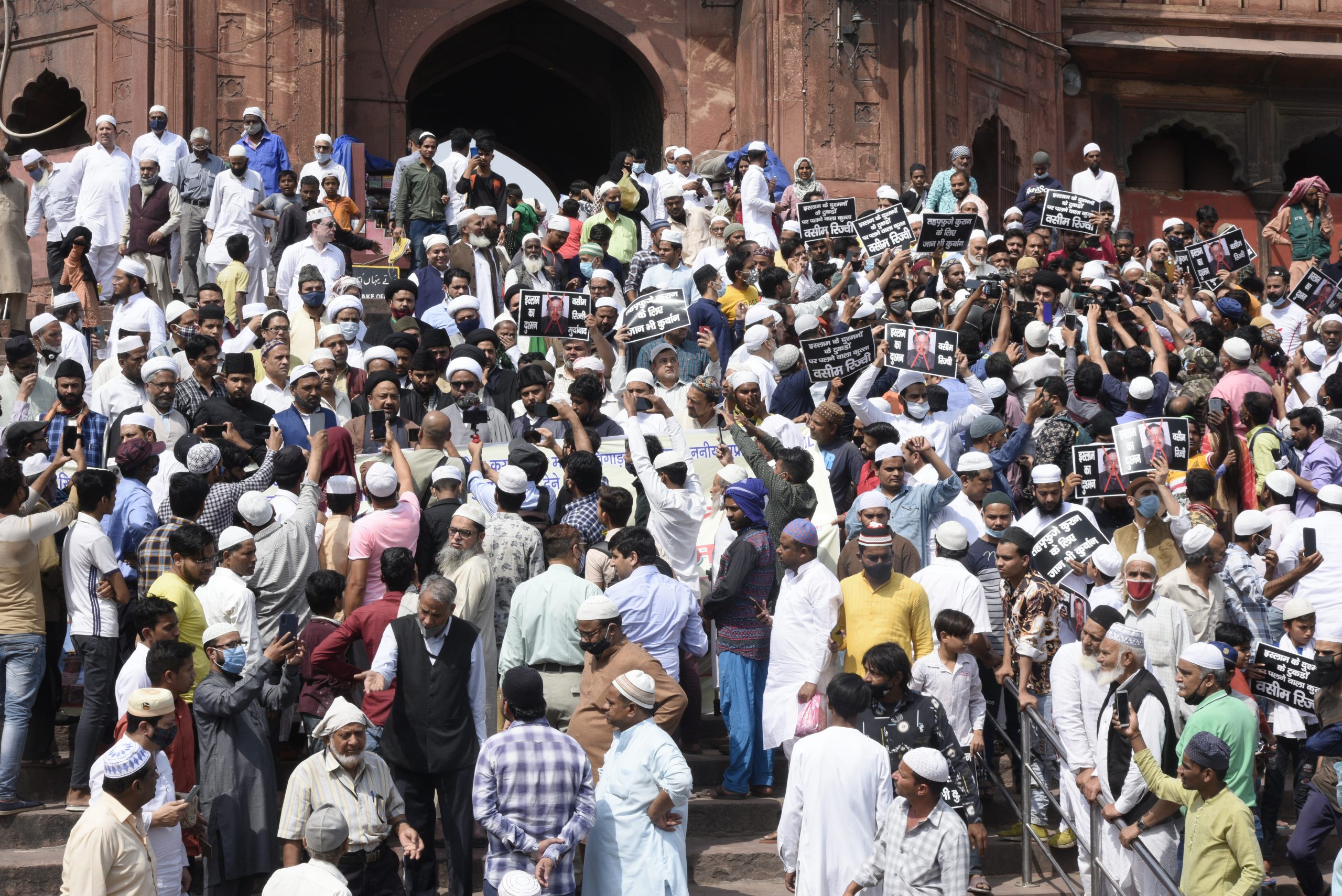 New Delhi: Hundreds including several Muslim clerics and distinguished persons staged a protest march condemning Waseem Rizvi’s dubious demand to remove 26 Koranic verses. The protest march began at the historical Jama Masjid after the Friday prayers and proceeded towards Supreme Court of India in the capital.

The participants called for Rizvi’s social boycott. They alleged he was involved in looting Waqf properties for several years while working as Chairman of Central Shia Wakf Board of Uttar Pradesh.

In a press release, Zahrul Hasan, a senior office bearer of the Injuman-e-Haideri organisation, alleged that Rizvi is being used by Israel’s Zionist lobby and hard line Hindu forces as a tool to disturb social harmony in the country.

The participants sent a memorandum to the Central government and various state governments, demanding the following;

1- Waseem Rizvi has been spreading social disharmony and terrorism by demanding removal of 26 verses of Holy Quran, which can never be an act of a Muslim. He should be immediately arrested and if government does not act accordingly, it would be understood that present government has been supporting Rizvi in his satanic acts.

2- Waseem Rizvi, is now indulged in insulting Holy Quran, hence he is no more a Muslim in faith. He should not be nominated for any position in Muslim related body/ board /institutions.

3- All Muslims, including Shia and Sunni Muslims are advised not to invite Waseem Rizvi for any religious or social gathering. Whosoever, invites him, would also be treated as supporting insult to Holy Quran and hence would also face similar consequences.

4- Waseem Rizvi’s acts have proven that he is working as an agent of anti-India forces. Hence National Investigation Agency (NIA) should register an FIR for being involved in spreading terrorism and probe his overseas connections. Supreme Court of India should dismiss Waseem Rizvi’s petition and impose exemplary penalty.

5- Since Waseem Rizvi is no more a Muslim by faith, his body should not be allowed to be buried in a Muslim graveyard after his death. Moreover, no clergy (Molvi) will recite his Namaz-e-Janaza. In case anybody supports Rizvi, he/she would also be treated accordingly.