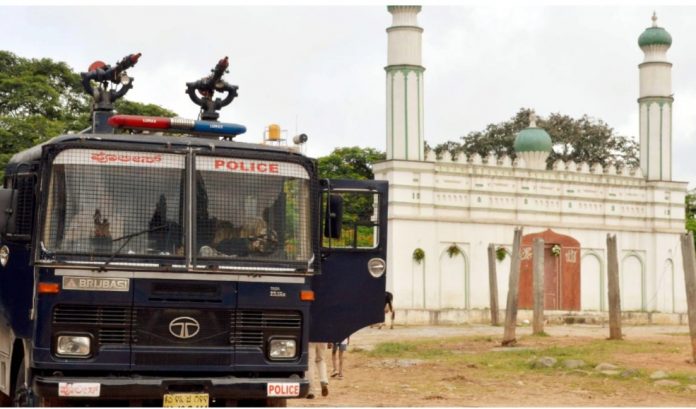 Bengaluru: Amid controversy over the ownership of ‘Idgah Maidan’ in the heart of the city, the Karnataka Revenue Minister R Ashoka said the land belongs to the Revenue Department and it will decide on its usage.Seeking to end the controversy over Wakf Board claiming right over the ‘Idgah Maidan’ at Chamarajpet, the Minister said the department will decide how it should be used.

“The land, which is referred to by different names by people, actually belongs to the Revenue Department. The revenue records show that it does not belong to the BBMP (Bruhat Bengaluru Mahanagara Palike) or any ‘Board,” Ashoka told reporters here.

When asked whether the hoisting of tricolour will take place, Ashoka said no one has sought any permission for it.

A section of people was claiming that the land belongs to the Wakf Board while some others said it is a land belonging to the Bruhat Bengaluru Mahanagara Palike (BBMP).

In the midst of controversy, the BBMP referred the matter to the Revenue Department. The department went through its records and found that the land belongs to it, Ashoka said.

The controversy surrounding the land began after a few Hindu right wing activists enquired with the BBMP seeking the status of the land. The BBMP in its reply told them initially that the records show the land belongs to it.

Further, claims and counter-claims by BBMP and the Wakf Board started. To resolve the issue, the BBMP had referred the matter to the Revenue department.