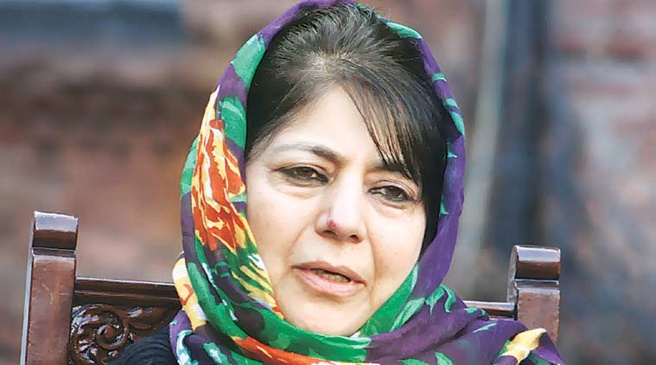 Former Chief Minister Mehbooba Mufti on Friday questioned the central government on the assertions that the situation in Jammu and Kashmir was normal, claiming that it had taken away what genuinely belonged to the people of the erstwhile state.

She claimed that whenever her party supporters tried to stage a peaceful protest in the Valley, police detained and locked them up to prevent such democratic expressions of opinion.

“This is not the Constitution given to us by Babasaheb BR Ambedkar and to which we have vowed loyalty. What type of Constitution is the present political dispensation in the country following?” she wondered.

“Given the present situation in J&K, it is very difficult for our boys and girls to compete with those from outside. If Haryana can reserve 70 per cent of the jobs for locals, why can’t we have job reservation for our youths?” she asked.

Mehbooba questioned that when Delhi was engaging in 8th round of talks with China that had “occupied 1,000 square km of our land”, what was the problem that the Centre faced in talking to the Dogras and the Kashmiris on various issues.