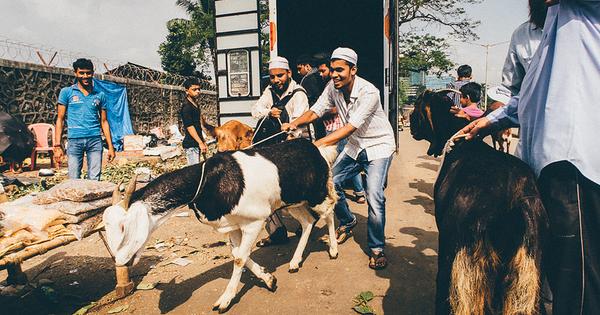 Hyderabad — Muslims, who can’t sacrifice sheep or cattle on Eid-ul-Azha this time due to the Covid-19 situation, can donate the equivalent amount to the poor, according to a decree issued by a leading Islamic seminary in Hyderabad.

With less than four weeks to go for the festival of sacrifice and Covid-19 cases continuing to rise in Telangana, especially in Hyderabad, Jamia Nizamia issued a ‘fatwa’ or decree that if animal can’t be sacrificed due to the pandemic situation, the amount equivalent to the cost of the animal can be donated to poor relatives, the destitute or madarsas.

“No deed is dearer to the Almighty Allah than sacrifice between 10th and 12th Zul Hijjah. Keeping this in view, every person who has the means should make every effort to do the sacrifice. If it is not possible to do sacrifice by 12th Zul Hijjah, the amount equivalent to the cost of the animal or share (in the cattle) can be donated to poor relatives, destitute or those seeking Islamic education,” reads the ‘fatwa’ issued by Jamia’s chief mufti, Maulana Mufti Mohammad Azeemuddin.

The over-125-year-old Jamia Nizamia is one the leading Islamic institute of learning in south India.

The ‘fatwa’ came after a person approached Jamia, seeking the opinion of Islamic scholars on whether the money equivalent to the cost of animals can be donated to the poor instead of sacrificing the goat or the cattle.

Also known as Bakrid or Eid-e-Qurban, Eid-ul-Azha is the second major festival of Muslims and it is celebrated on 10th of Zul Hijjah, the last month of Islamic calendar, to commemorate the great sacrifice of Prophet Ibrahim.

In India the Eid is scheduled to be celebrated on July 31 or August 1 depending on when the Zul Hijjah moon is sighted.

Muslims sacrifice goats, sheep or cattle on the occasion. The sacrifice can be made during the three-day celebrations.

While a person can sacrifice one goat or sheep, seven people can join in the sacrifice of a bull or buffalo. It depends on the financial capacity of the person making the sacrifice.

The meat of the sacrificed animal is distributed equally in three parts. The person making the sacrifice keeps one part for his family while the other two parts are distributed among relatives and the poor.

Hundreds of animals are transported from villages to Hyderabad on the eve of Eid and are sold in several busy localities in the city. In view of the spike in the number of Covid cases, the traders are not likely to set up makeshift tents for the sale this time while buyers may also not venture out due to the pandemic scare.

Many Muslims feel that even if they buy the cattle, there is no guarantee of getting a qasab (butcher) this time to slaughter it.

Hundreds of butchers and workers who help them come to Hyderabad every year from various parts of the state. This time they may be reluctant to come because of the virus spread.

Those who sacrifice the cattle despite all odds may still be facing a challenge to go out and distribute the meat among relatives, friends and the needy.

Eid-ul-Fitr, the other major Muslim festival marking the culmination of holy month of Ramzan, was also celebrated under the shadow of Covid-19. The subdued celebrations in May saw Muslims offering prayers at home and avoiding visits to relatives and friends for greetings.