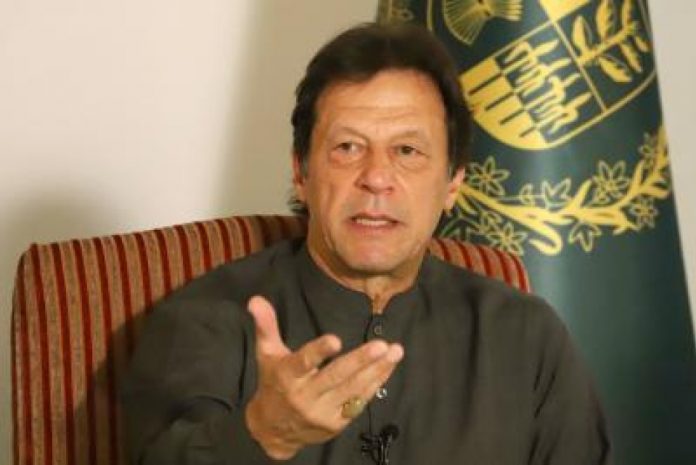 Muzaffarabad, Sep 13 With his appeal to Muslim-majority countries and the global community failing to fetch any results, Pakistan Prime Minister Imran Khan on Friday tried to ratchet up Muslim sentiments against India over Kashmir.

Khan, whose government has failed to get the international community to censure India over the revocation of special status to Kashmir, said the Modi government was “giving Muslims the message that this Hindustan is only for Hindus.”

“You are pushing them towards radicalisation and extremism,” he warned.

He alleged that many Muslims, who were being driven towards extremism due to Modi”s Kashmir policy, “will stand up against Hindustan”.

According to him, “all Muslims are looking towards Kashmir” and were prepared to take up the gun for its sake.

“What Modi is doing in Kashmir is pushing Muslims towards extremism,” he claimed.

Khan said that “Islam is for peace and we are peace loving people, but when we see this zulm (atrocity) and the world watches quietly, then it drives people to react violently”.

Referring to the February 14 Pulwama incident in which a Jaish militant killed 40 CRPF personnel in a suicide attack, he said that India blamed Pakistan for it.

“They blamed us and sent in their jet. Our air force then brought down their jets and captured their pilot. We returned him because we wanted to solve issues through dialogue.

“They (India) said that we returned him because we got scared. Believers do not fear death, we did not return the pilot because we are scared of you,” Khan said, according to Dawn.

“They have started to paint this narrative again that Pakistan is sending militants. I have said this before… we will answer every brick with a stone. I urge the international community to stop this Indian Hitler,” Khan said.

He challenged the ”fascist” Indian regime to lift the curfew in Jammu and Kashmir and then see the reaction of the people of the Valley.

“Modi and his party (Bharatiya Janata Party) are following what Hitler and his Nazi regime did in Germany and failed. This man (Modi) was a member of the extremist RSS since childhood and believes that India is only for Hindus,” said Khan, according to ARY News.

He claimed that the Modi government”s “brutalities and fascist tactics” will only harm India in the long run.

“My message to Modi is clear, ”you cannot beat Kashmiris”, while my message to the world is that they should stop this new Hitler, Modi, before he harms the world peace any further,” Khan said.

He also made it clear that Pakistan will leave no stone unturned to help the “oppressed people” of Kashmir.