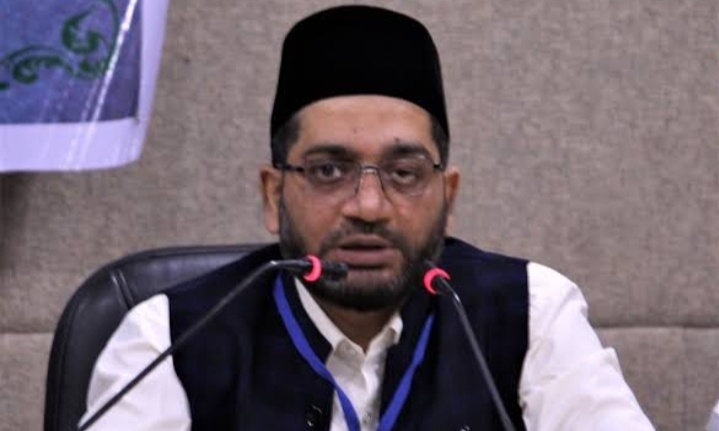 New Delhi, 2 Jan. 2021: Jamaat-e-Islami Hind (JIH) President Syed Sadatullah Husaini called for a people’s movement that promotes peace and communal harmony to counter the growing polarization in the country. Addressing the media at the monthly press conference, he talked about various issues related to the anti-conversion laws, violence against minorities in Madhya Pradesh, farmers’ agitation, the safety of journalists and the introspection of major events of 2020.

Asked about reports from UP over harassment of minorities due to newly passed laws on inter-religious marriages, the JIH President said: “it is indeed a matter of concern that a project of polarization is being run in the country in which laws are made to create communal division. The situation in Uttar Pradesh is extremely alarming and how things are moving is reminiscent of dictatorial regimes of third world countries.” Asked about a recent remark that ‘Hindus are patriotic by nature’, Mr. Husaini replied: “It is not correct to look at things through a communal prism. There are good and bad people in all communities. Creating a climate of hate and division is very damaging for the country. This discourse of polarization needs to be challenged.” Regarding the reported violence against minorities in Madhya Pradesh, the JIH chief said: “Our fact-finding teams are on the ground and will be sending us their report shortly. Prima facie information is quite worrying. The people, civil society, social organizations have to join hands and counter this growing polarization with love, tolerance and harmony. Jamaat-e-Islami Hind is trying to do its best to raise public awareness about this growing menace and we want to create a social and public movement against communal hatred and violence.”

When asked about the PM’s AMU speech and also regarding when the JIH would have face-to-face talks with the government, he replied: “The PM says good things but his government and ministers do not practice what he preaches and so his words become irrelevant. A government belongs to all the citizens and not to a particular party or community. Our message and stand on various issues do reach the government and we are open to any dialogue with the government if it seeks us.”

Earlier, JIH Vice President Prof.Mohammad Salim Engineer briefed the media on various issues. He talked about various events of 2020, the RSF report on India’s low ranking in terms of the safety of journalists and the Jamaat’s position about the farm laws and farmers’ agitation. Secretary of the JIH Shariah Council, Maulana Dr. Raziul Islam Nadvi also addressed the press conference and explained the fatwa of the Council regarding the permissibility of taking the Covid vaccine. He said: “The use of any forbidden substance as a medicine is prohibited. However, if an impermissible substance is transformed into something completely different in terms of properties and characteristics, then it may be considered as clean and permissible. Even if the vaccine contains prohibited substances; in case of unavailability of halal vaccines, in dire and emergency situations to protect human life shall become permissible.”