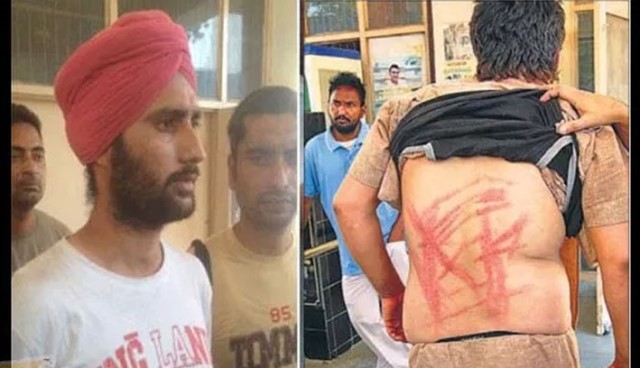 UNCAT urges India to abolish torture and  to ratify the UN Convention Against Torture, to enact a national law against torture and end impunity for the perpetrators of torture.

New Delhi:  A total of 1,731 persons died in custody in India during 2019 which comprises  almost five such deaths daily and most of the victims belong to the poor and marginalised communities including  Dalit, tribal and Muslim.  This was revealed in the annual report on torture by the rights group United NGO Campaign Against Torture (UNCAT) which is a platform for action of the NGOs committed to stamp out torture worldwide.

NCAT  in its “India: Annual Report on Torture 2019” released Friday  on the occasion of the International Day in Support of Victims of Torture stated that a total of 1,731 persons died in custody during 2019 i.e. death of about five persons daily. These included 1,606 deaths in judicial custody and 125 deaths in police custody.  While during 2018, a total of 1,966 custodial deaths were reported including 147 deaths in police custody and 1,819 deaths in judicial custody. These figures do not reflect the extent and actual incidents of custodial death and torture in the country”, warned the report.

Paritosh Chakma, Director of the NCAT, stated that “Out of the 125 deaths in police custody, 75 persons or 60% belonged to the poor and marginalised communities. These included 13 victims from Dalit and tribal communities, 15 victims belonged to Muslim minority community, 37 victims were picked up for petty crimes such as theft/ burglary/ cheating/ selling of liquor illegally, gambling, etc which indicate their economic status.

Out of the 125 deaths in police custody, Uttar Pradesh topped with 14 deaths, followed by Tamil Nadu and Punjab with 11 deaths each; Bihar with 10 deaths; Madhya Pradesh with 9 deaths; Gujarat with 8 deaths; Delhi and Odisha with 7 deaths each; Jharkhand with 6 deaths; Chhattisgarh, Maharashtra and Rajasthan with 5 deaths each; Andhra Pradesh and Haryana with 4 deaths each; Kerala, Karnataka and West Bengal with 3 deaths each; Jammu & Kashmir, Uttarakhand and Manipur with 2 deaths each; and Assam, Himachal Pradesh, Telangana and Tripura with 1 death each.

Out of the 125 deaths, 93 persons (74.4%) died during police custody due to alleged torture/foul play while 24 persons (19.2%) died under suspicious circumstances in which police claimed they committed suicide (16 persons), illness (7 persons) and injuries (1 person) while the reasons for the custodial death of five (4%) persons were unknown.

“Torture is perpetrated to extract confession or bribes and torture methods used in 2019 included hammering iron nails in the body (Gufran Alam and Taslim Ansari of Bihar), applying roller on legs and burning (Rizwan Asad Pandit of Jammu & Kashmir), ‘falanga’ wherein the soles of the feet are beaten (Rajkumar of Kerala), stretching legs apart in opposite side (Rajkumar of Kerala), hitting in private parts (Brijpal Maurya and Lina Narjinari of Haryana), pricking needle into body (3-year-old minor of Tamil Nadu), beating after stripping (Mohammed Tanveer and Lina Narjinari of Haryana; Minuwara Begum, Sanuwara and Rumela of Assam),and kicking in belly of pregnant woman (Minuwara Begum of Assam).” – stated Chakma.

The other methods of torture included electric shock, pouring petrol  on private parts, beating while handcuffed, pricking body with needles, branding with a hot iron rod, beating after stripping,  inserting a hard blunt object into anus, beating after hanging upside down with hands and legs tied, forcing to perform oral sex, pressing finger nails with pliers,  and beating with iron rods after victim is suspended between two tables with hands and legs tied.

The Report also underlined the fact that in a number of cases, the police made all attempts to destroy incriminating evidence of torture by not conducting post-mortems or cremating the dead bodies of the torture victims in haste without conducting mandatory post-mortem examinations.

The report recorded four such cases including failure to conduct post mortem in the custodial death of a 17-year-old boy (name withheld) from Tamil Nadu; hasty cremation of dead body of Hira Bajania of Gujarat to destroy evidence of torture as well as denying the families to perform the last rite as per their community’s custom; cremation of the body of Mangal Das of Tripura forcefully without conducting post-mortem examination; and hasty cremation of the body of Hanuman Koli of Rajasthan without even allowing his children to see his face for the last time without conducting post-mortem.

Women continued to be tortured or targeted for sexual violence in custody and often, the victims belonged to weaker sections of the society. During 2019, death of at least four women during police custody was reported.

Children remain vulnerable to torture and the NCRB in its “Crime in India – 2018” recorded 3,164 cases of simple hurt and grievous hurt caused by the police on 3,467 minor victims.

“There is absolute impunity to the perpetrators of torture. The National Crime Records Bureau under the Ministry of Home Affairs, Government of India in its Crime in India reports from 2005 to 2018 revealed that with respect to the death of 500 “persons remanded to police custody by court”, 281 cases were registered, 54 policemen were chargesheeted but not a single policeman was convicted as on date,” added  Chakma.

The Campaign Against Torture urged India to take measures to abolish torture in India by ratifying the UN Convention Against Torture, enactment of a national law against torture and end impunity for the perpetrators of torture.