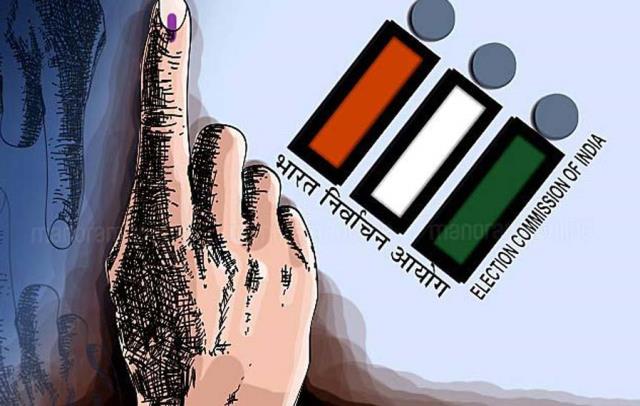 New Delhi: The Constitutional Conduct Group (CCG), a group of prominent former civil servants including former election commissioners, on Tuesday flayed Prime Minister Narendra Modi for once again raising the pitch for simultaneous elections to Parliament and State Assemblies. Instead of raising the One Nation One election rhetoric, the group said the PM should address serious flaws in the current electoral processes and practices and mounting concerns on the integrity of EVM voting and VVPAT counting.

A couple of days back, while arguing for simultaneous elections, the PM said in his monthly radio program ‘Mann Ki Baat’ that it is “not only a subject of debate but a necessity for India.”   The ruling BJP leaders and its cohorts give the main reason is to avoid frequent suspension of development programs and welfare activities due to the repeated imposition of the Model Code of Conduct by the Election Commission of India. The additional reasons given are to avoid huge expenditure in conducting frequent elections and to reduce the influence of black money, caste, religion and communal issues in elections.

The civil servants group said it noted the PM’s arguments in this regard which lack “sincerity and are being used only to divert attention from the many flaws in the electoral laws and practices.

“We are of the view that these arguments lack sincerity and are being used only to divert attention from the many flaws in our electoral laws and practices, including those relating to safeguards in the use of EVMs and to the use of post-election defections to gain power.”

The group said it has many members who had conducted, managed and supervised elections to Parliament and State Assemblies during their time in government service.

To the Prime Minister’s rhetorical question, “Why should the country waste so much money?”

The retired civil servants quipped that “money is being spent on a number of items other than elections as well, e.g. purchasing aircraft for the President and Prime Minister’s exclusive travel, building massive Parliament and Secretariat buildings in Delhi’s Central Vista and many others”.

The ‘One-Nation-One-Election’ proposal, as envisaged, has little regard for the fact that in a federal democracy and an assault on the fundamental principle of federalism in which each unit of democracy and governance is expected to function with relative autonomy and take its own decisions, they underlined.

“What is worrying is not just the disregard for the federal character of the country, which is implicit in the ‘One-Nation-One-Election’ idea, but the barely concealed contempt for electoral democracy itself,” they further argued.

Proponents of this suggestion argue thus: “Getting out of the ‘permanent election mode’ will be a structural change in mind-set that could potentially provide the much-needed space to governments to focus on governance and long-term transformational measures without worrying about impending elections.” Supporting this contention, some quote the American example of simultaneous elections for all electoral offices from President downwards.

Countering this, the group strongly suggested that the need of the hour is to bring electoral reforms as  there are serious flaws in the current electoral processes and practices.

“The electoral reforms being urgently needed include the use of money and muscle power in elections, the increasing participation of criminal elements in the election process as candidates, the faulty preparation of electoral rolls, the lackadaisical implementation of the Model Code of Conduct and addressing the mounting concerns on the integrity of EVM voting and VVPAT counting, as well as on the opaque electoral bonds system.”

It is well known that  ‘simultaneous elections’ is what India started with in 1951 and continued with up to 1967, during which period Lok Sabha and State Legislative Assembly elections were held together without much fanfare. It was after this period that the cycle of synchronised elections got disrupted, primarily because many state governments (as well as governments at the Centre) could not complete their term of five years.

Former civil servants cautioned that, “We are of the considered view that it is electoral reforms that are the need of the hour today and not the idea of “One-Nation-One-Election”, which, if implemented, will be destructive of our federal structure”

“ If the Government of India sincerely wishes to improve the operation of the electoral system in India, it should work in tandem with all political parties (and in consultation with the Election Commission of India) to initiate reforms to improve the fairness and transparency of the election process, they added.

BJP MP pushes for ‘One nation, One election’ in Rajya Sabha