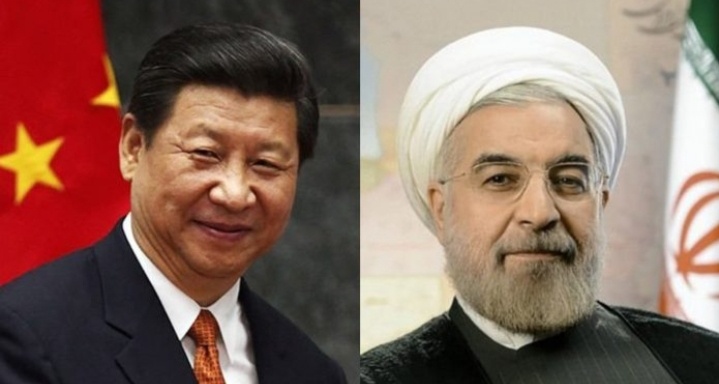 The 25-years pact between Iran and China may change regional geopolitical dynamics to a large extent.

The global audience was gripped recently by two historic developments in the Middle East. Both are supposed to have considerable affect on the regional geopolitics. The news of a strategic partnership agreement between Iran and China, and the normalisation of relations between the United Arab Emirates (UAE) and Israel, are also viewed as having considerable impact on the relationship between the US and Iran.

Commenting on the developments, Karen Young, a resident scholar at the American Enterprise Institute, is of the view that countering China in the Middle East “has proven challenging due to inconsistencies within US policy and with the growing perception of China’s attractiveness to the region.” It has served rhetorically only to increase China’s stature among the region’s political leadership, she added further.

Ever since the victory of Iran’s Islamic Revolution in 1979, competing factions within Iran have squabbled over the strategic direction of the country’s foreign policy. Whilst disagreements continue on the extent of the relationship with the West – and in particular the EU member states – the general consensus over the past 40 years has centred on consistent engagement with the EU, Britain and to a much lesser extent, even with the United States.

Though Britain, Germany and France’s inability to save the nuclear deal, was coupled with their general decline on the world stage, it forced a Iranian rethink on the utility and desirability of sustained relationship with Europe.

Sino-Iran 25-years accord
A decisive shift by Iran towards towards China, not only makes a strategic, political and economic sense for the two countries, but is also in tune with cultural sensitivities in Iran, where China is respected as a quintessential Asian power and like Iran has a long history of civilisation.

At a larger strategic level, a long-term partnership with China will help Iran to be active on the world stage and help the Islamic Republic to overcome the challenges imposed by the United States, notably the so-called “maximum pressure” campaign of the Trump administration.

The announcement of a 25-years strategic partnership between China and Iran, has resulted in a flurry of reactions from around the world. The agreement – which is yet to be formalised – is set to transform Iranian foreign policy with a more pro-East outlook.

Iranian strategists and foreign policy specialists have always looked up to the West – and to Europe in particular – for engagement and long-term partnerships. However, the agreement with China has the potential to change that.

For China the agreement helps it to strengthen its Belt and Road Initiative by securing its West Asian flank, besides providing it with a foothold in the Persian Gulf and the broader Middle East, though both sides profess non-military nature of the accord.

More broadly, the Sino-Iranian strategic partnership may have far-reaching ramifications for the entire Asian continent and also the global politics. For the US, it is not good news, as it will underline its (US) folly of isolating Iran at the global stage, and giving a preferential treatment to the Saudi Arabia, instead. Ultimtaely, it may deliver a fatal blow to American ambitions in both the Near and the Far East.

The Western academic and diplomatic circles in general consider the accord as a bad news. Though to a large extent, this narrative, whilst not correct, views the agreement between the two, ideologically apart key Asian powers as reactionary in both concept and execution. On the other hand a balanced analysis of the accord highlights its aim to attempt to create a new economic and security structure in Asia.

The failure of the US to keep its word on the nuclear agreement in May 2018, and the threat to the Joint Comprehensive Plan of Action of 2015 by imposing sanctions through the UNSC, has made Iranians more skeptical of the West. Regionally, Iranian challenge to the US presence continues unabated along with its influence building exercises in the Middle East, though it may not fundamentally change its policies and stand in the region.

European and even American analysts agree that the accord is a major setback for the American diplomacy, interests and positions at both ends of the Asian continent.

Time magazine puts it rather candidly by observing that the accord will change relationship between its global rival (China) and its long-time antagonist in the middle east (Iran) and may undermine US attempts to isolate Iran on the global stage.

Besides obvious and immediate commercial and economic gains for China, any committed engagement with a hardline Islamic country like Iran is a PR boost for China. Chinese image has recently taken a severe beating globally, for its mistreatment of the Uyghurs Muslims in the Xinjiang region of China. Though most Muslim-majority countries have been largely silent over the allegations, China still hopes that a deeper relationship with Islamic Iran could spearhead a successful public relations campaign in the wider Muslim world.

The long-term impact of the accord
The military dimension of the accord has been downplayed by both the countries. Reports that China could establish military bases in Iran or lease Iranian islands in the Persian Gulf for military purposes seem unplausible. Iran may not allow any foreign power to station troops on its soil, based on a wide range of historical, political and ideological reasons.

Sino-Iranian military cooperation is nothing new, and dates back to the 1980s – at the height of the Iran-Iraq War, and has only strgthened further in the recent years. But in the immediate future the old military cooperation may not increase dramatically, at least in its early stages. However, in the long term, and also dependent on whether the pact remains just a pact and not transforms into a formal alliance, a closer Sino-Iranian military partnership may see the light of the day, and that may affect the regional and global military positions.

However, the possibility of the pact transforming into an alliance seems rather remote. Historically, Islamic Iran entered into a formal alliance with only Syria in 1980s, and that has lasted the onsluaught of time due to the ideological components of the Iranian foreign policy.

A formal alliance with China would require a major shift in the conceptual underpinnings of Iranian foreign policy – and specifically a rebalancing of ideological, pragmatic and religious considerations – and that is unlikely for the foreseeable future.
****
Asad Mirza is a commentator based in New Delhi. He was also associated with BBC Urdu Service and Khaleej Times of Dubai. He writes on Muslims, educational, international affairs, interfaith and current affairs.
Email: asad.mirza.nd@gmail.com