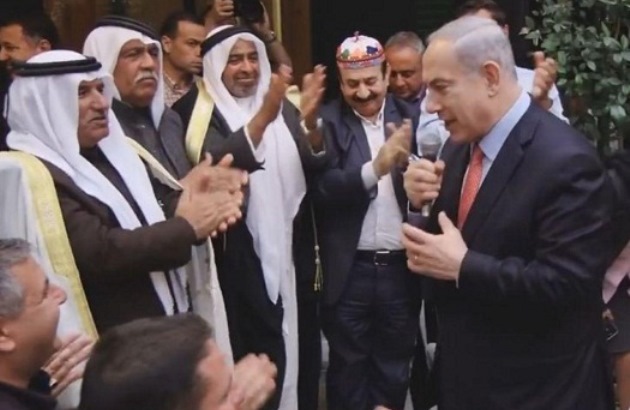 When Rex Tillerson, US former Secretary of state, is said to have ‘stopped in the heels’ the Kingdom of Saudi Arabia (KSA) and United Arab Emirates (UAE) attempt to invade Qatar in 2017, according to TheIntercept, on August 1, 2018 1, something which has been reiterated recently by Qatar defence minister Khalid Al Attiya, on September28, 2020 in MiddleEastEye 2 , but for the eventuality Qatar too  had ‘pulled-up-its-socks’, as in order to fortify its defence, and had already invited Turkey to make its military base in Doha, the capital of Qatar, as per Hurriyetdailynews on August 14, 2019 3 .

Turkish soldiers were stationed in Doha since 2015 and had been performing their duties in 47 degrees temperature. Turkish president Tayyip  Erdogan had called it a ‘symbol of brotherhood’. Qatar news channel Al Jazeera on November 27, 2019 4 tells that Erdogan had addressed his 5000 Turkish soldiers, ‘“It [Turkey-Qatar Combined Joint Force Command] serves stability and peace of not only Qatar but also the Gulf region, after meeting troops at the newly finished base. The command centre was named after Khalid bin Walid – one of the Islamic world’s greatest generals who commanded armies of the Prophet Muhammad in the seventh century. He was so adept in battle, the Prophet Muhammad gave him the name the “Unsheathed Sword of Allah”’. Interestingly, Qatar also has the largest US military base in Al Udeid which has more than 10,000 soldiers, informs WashingtonPost on August 21, 2019 5 .

It is this Turkish military base which is in the eye of storm, as UAE minister of state for foreign affairs Anwar Gargash, in GulfNews on October 11, 2020 6 , has called Turkish military base in Doha as meant to destabilise the region and something which contributes  to ‘negative-polarisation’. ‘In a tweet minister said “The Turkish military presence in the Arab Gulf is an emergency, and it contributes to negative polarisation in the region,” adding “It is the decision of ruling elites in the two countries that reinforces the policy of polarisation and axes and does not take into account the sovereignty of states and the interests of the Gulf and its peoples, so our region does not need regional garrisons and reproduce colonial relations dating back to a previous era.”’ This reference of ‘colonial’ is where the catch lies as it obliquely points to the gone Turkish empire, and  which, considers Qatar as it vicegerent as it was from inside  Turkish Palestine Israel was carved-out along with other 22 Arab states, after the first World-War, and which now, Turkey after a century, is  trying to reclaim. The latest events are just adding to the already boiling situation as even while Armenia-Azerbaijan war raged, which ended in a ceasefire, and to an advantage to Tayyip Erdogan, he visited Doha on October 7, 2020 , tell Al Jazeera 7 and which has led to Arab-states have ‘see-red’ as UAE and Bahrain are now in consonance with Israel as both have announced full-diplomatic ties, towards which Turkey has filed its opposition.

US is busy in its November 2020 elections, but whosoever between Donald Trump or Joseph Biden wins, the policy of US great support to Israel will always remain the same. The much touted Israel ‘annexation-plan’ of West Bank in Palestine will remain unchanged whether Israel PM Benjamin Netanyahu or its defense minister Benny Gantz or may be there anyone else be at the helm or not, and the US unwavering support to it will remain the same, whether there would be a change of guard in US or not.  Turkey also has announced the capital of Israel as ‘Jerusalem is ours’, informed TimesofIsrael on October 1. 2020 8, thus, triggering what might be considered as the next focal point of a civilisational war. A response from Arab states, however, is expected to the trepid, even when the Jewish state of Israel is to bludgeon Al Aqsa Mosque into a rubble and make third-temple on it!

Turkey is however engaged into propelling Qatar to further heights as it is learnt from TRTWorld on October 10, 2020 9 that Turkey has entered into 12 billion USD contract with Qatar in warship building sector and has launched its first training warship to Qatar  which is ‘ 90-metres-long and has 1,950 tons of full-load capacity. It can be used in weapon training and has a helipad for medium-size helicopters on the stern’. Erdogan, however,  in a retort has said, ‘No one except for those making plans of chaos should be disturbed by Turkey and the Turkish military presence in the Gulf. ” No wonder, Turkey is now ‘trying its hand’ in defense production as its drones came much handy to Azerbaijan, according to MiddleEastMonitor on October 6, 2020 10 . India has also signed a contract with Turkey of a 2.3 billion USD shipyard deal, tells TheEconomicTimes, on March 23, 2020 11 despite Turkey inclined towards Kashmir to the angst of India.

The US and Israel best stroke was that they made-believed Arab states by ‘crying-wolf’ to Iran and the states became more than convinced of the expansionist Iran, despite Arab states sponsoring an eight year Iraq war against Iran etc, but now Arab-states in order to equalise with Turkey are likely to format an Israeli-Arab NATO, as now the perceived threat from Turkey seem to have overshadowed Iran and US is more than likely to sponsor it, like it is slated to do in South China Sea, by the formation of India, Japan, US and Australia (QUAD) once after elections are done with.

Israel is now successfully driving into the head of Arab states that when Turkey can intend to claim Jerusalem back, obviously it would also stake claim over the Arab-states too. Qatar was not invaded then, who knows what unfolds anew after November 2020.