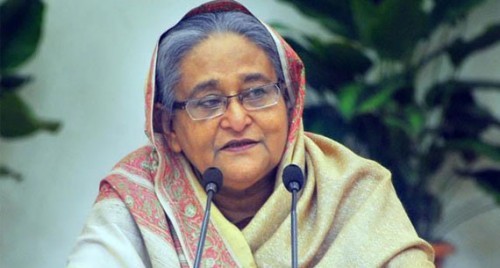 There are some noteworthy developments taking place in the India- Bangladesh relationship which are not being reported in the mainstream media but have significant impact on India as a nation.

However he was treated in a lukewarm manner when he arrived in Dhaka. There was no Bangladeshi official to receive him at the Dhaka airport nor there was anyone to see him off when he left.

India’s foreign secretary was made to wait in his hotel room for almost four hours and then when he went to the PMO he had to wait for another one hour before he was finally granted audience to meet the Bangladeshi PM. This treatment is unprecedented in India- Bangladesh relationship but no media ever reported and none had the audacity to ask a question about it with the India foreign Minister. Such is a sorry state of affair with the MEA.

“All Izz Well”- was the curt reply of MEA spokesperson India Anurag Srivastava when he was asked and his face expression sounded more like the tone of “Three Idiots,” the Amir Khan’s blockbuster of 2009.

The entire meeting of Indian foreign secretary with Bangldeshi PM was only a courtesy call and a photo opportunity sans any sum and substance as a take away.  However hype was built in Indian media that Harsh Vardhan Shringla’s visit to Dhaka was a huge success.

The second most noteworthy thing about India- Bangladesh relationship is the shabby treatment meted to Ms Riva Ganguli, India’s High Commissioner to Bangladesh. It is reported that Ms Riva Ganguli had to wait unsuccessfully for almost four months to meet Prime Minister Sheikh Hasina. This is something significant as it suggests how much India Bangladesh relations have plumed and how far Dhaka has moved from New Delhi’s orbit.

The first thing she witnessed was; Sheikh Hasina dropping several pro-India heavyweights from her new cabinet. This happened without New Delhi knowledge.

Later in October 2019, India downgraded Sheikh Hasina’s visit from state visits to an official visit, depriving her of being received by the Indian Prime Minister on arrival, a 21-gun salute and the guard of honor, etc. This is a noticeable development that no media reported.

Ms Riva Ganguli is a witness to the first-hand account of Bangladesh establishing a hand-in-glove relationship with China. This extended to strategic areas where India was eased out right before her eyes.

Ms Riva Ganguli also watched China investing over $26 billion soon after her arrival in Dhaka in strategic areas, with promises of much more investments.

When India wanted to get the major strategic project i.e., the second terminal in Sylhet airport and MS Riva Ganguli wanted to meet Sheikh Hasina for this, Bangladesh PMO delayed her appointment till the project was given to China.

All these suggest that India’s High Commissioner to Bangladesh has little role in molding the decision of the neighboring countries’   PM and these developments have the potential of a game-changer in worsening the India- Bangladesh ties.

Home Minister Amit Shah openly called Bangladeshi Muslims as ‘termites.’ This was bait for Hindutva hardliners, a mental massaging for their radical ideologies.

Some other BJP leaders had openly threatened the Bangladeshi Muslims to be thrown into the Bay of Bengal.

The National Registration Act (NRC), the Citizenship Amendment Act (CAA) is all actions of the BJP government that have anti – Muslin anti- Bangladesh overtones.

Even though the BJP remains in a total denial mode of the impact of the anti-Muslim, anti-Bangladesh policies such as the NCR and the CAA, they cast a huge shadow on India- Bangladesh relationship.

The BJP in order to please its Hindutva constituency has mortgaged Bangladesh to China. The primary focus of the BJP is its Hindu vote bank and even though it means denial of the gains India made in 1971.

Such anti-Muslim anti Islam policy of the BJP may be sound of music to the Hindu hardliner vote bank but it has sullied India’s image in the community of nations where Islam and Muslim’s have a significant presence.

Another harm BJP’s Hindutva ideology is doing is to re-establish the idea of two-nation theory propounded by Muslim League in 1940’s for which it is being blamed for partitioning the country in 1947.  The Hinduvta ideology of the BJP concurs with the idea of Muslim League and it reinforces its version of Indian history.

These are seminal changes taking place under the BJP rule in India. The primary focus of the BJP is building the Hindu identity of the country, even if it means denting India’s relationship with other countries. The crestfallen relationship with Bangladesh is a pointer to the fact that the political leadership of the country is working against India as a nation.

The large Indian population has to a make judgment whether they want BJP and its ideology to dominate the political discourse and it want to change the sullying image of India that is perpetrated by the BJP though it’s anti-Muslim anti Islam attitude in its policy framework.

The ball of improving India-Bangladesh relations is in New Delhi’s court and for this a change in attitude in India’s foreign policy in dealing with countries such as Bangladesh may go a long way in mending the sullen ties.

Syed Ali Mujtaba is a journalist based in Chennai. He is author of the book Soundings on South Asia (Sterling, 2005). He can be contacted at syedalimujtaba2007@gmail.com