Muslim Mirror
Home Opinion Is the power of ‘Tiranga’ being used and abused in India?
Facebook
Twitter
WhatsApp
Email
Telegram 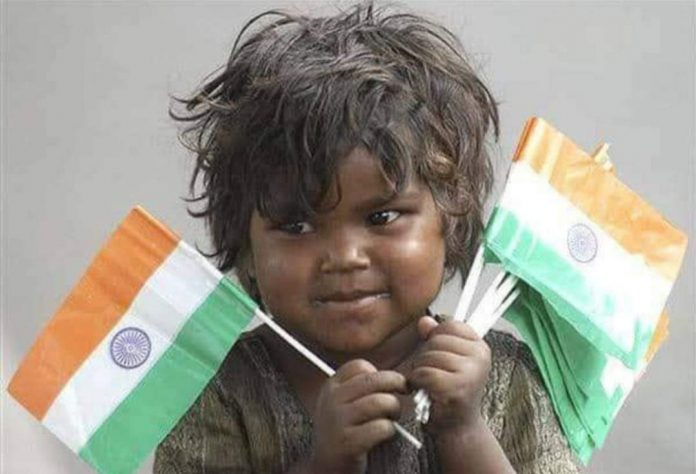 The ‘Har Ghar Tiranga’ program of the government, which will run from August 13 to 17, on the occasion of Azadi Ka Amrit Mahotsav, has thrown up a maze and irregular thoughts process whose paths is difficult to chart the way.

The Tiranga hype has intensified the battle for the real owner of the tricolor. The Congress and the BJP are sweating it out for laying claim over ‘Trianga’, the teeming millions are mere pawns in this power struggle.

The Congress has called the ‘Har Ghar Tiranga’ programme hypocrisy, accusing the RSS/BJP of being a pseudo-nationalist. The Congress has reminded the people that the RSS opposed the freedom movement, and did not hoist the Tricolor at its Nagpur office for 52 years ever since the country has become independent.

In this power struggle what is seen is that the power of the ruling class resides in the Tricolor and both the political parties are fighting for its ownership.

Throughout its independent history, the Congress party has got electoral benefits from the Tricolor. First, it had Charkha in between the Tiranga. After its ‘Charakha’ could be printed on both sides, Congress consented for making the ‘Dharma Chakra’ the centerpiece of the national flag. However, this party’s obsession with the tricolor continued. It first got the cow and calf symbol with the Tricolor and then the hand symbol in between the three colors, the current flag of the INC.

The Ekta Yatra was a huge hit programme among the common people and along with the Ayodhya movement, it is seen as a self-respect movement of the Indians nay the Hindus.

The BJP again used the power of the Tricolor in the anti-corruption movement held under the aegis of “India Against Corruption” in 2011-2012. Some attribute BJP’s victory in the 2014 election to the power of Tiranga.  Since then the trophy of the Tricolor has gone to the BJP even though it’s contested by the Congress party.

Observers’ opinion that the BJP has beaten the Congress in its own game of patriotism and nationalism that revolves around the halo of Tiranga.

Since 2014 we have seen the BJP’s ruling obsession with the Tricolor each year on August 15 Independence Day. The level of engrossment of the ruling class with the Tricolor is each year and now the Tiranga has come to symbolize the might of the BJP. Some even equate Tiranga to be BJP and the BJP to being embedded in Tiranga.  The fact is both have blended into each other, as it was in the heydays of the Congress.

In this cacophony of power politics over Trianga, the power of the people has been completely subsumed by the BJP. The Tricolor which is seen waving all around us is the national flag is no more flag of the people but of the BJP.

Once the BJP has acquired the rightful owner of the tricolor it has engaged in flagging many of its own agendums. Indians have become accustomed to seeing hoardings, and banners with the image of the Tricolor with PM Modi for which crores of public money goes to the corporates. It is from the corporate advertisements, Indians we are made to learn the glory of the Tricolor.

The power play on Tiranga has brought in the neo-imperialist agenda in the country. It is apparent that the fight to capture the Tricolor is to facilitate neo-imperialism in India. It is to create the strength for the neo-liberal to plunder the country in a patriotic way.

Multinational companies have invaded India using the power of the Tricolor. The ruling dispensation after having the Tiranga trophy feels that there is no threat to India by the neo-imperialist forces’ who are increasingly meddling in the country’s affairs. Some even have quipped that the BJP has become America’s Sevak Party (serving party).

The BJP is engaged in the destruction of national institutions, selling national assets/resources to domestic and foreign companies with the power of the Tricolor. It is diverting the attention of the people from their problems such as poverty, unemployment, inflation, malnutrition, etc. by staging the tamasha of ‘Har Ghar Tiranga’ Azadi Ka Amrit Mahotsav.

The power of the Tricolor could have been used to fight against the neo-imperialist by linking it with the people of the country. But the BJP has devalued the Tricolor by cutting it off from the common people. It is fond of using the nationalist spirit of the Tricolor to make the countrymen accept neoliberalism.

If the Tricolor is used to promote the neoliberal agenda, then days are not far away when the national flag will also be used to promote the ‘Hindu self-respect’ movement. Whether Tiranga will remain India’s national flag in such a case or it will be thrown into the dustbin of history and replaced by the saffron flag is another story to be told about how Tiranga has been used and abused in India.

A new template of politics has emerged in India riding on the wave of the Tricolor. ‘Har Ghar Tiranga’- Azadi Ka Amrit Mahotsav symbolizes two things; one the power of the BJP to assert its position in the body politics and second the use of the power of Tiranga to promote the cause of Hindu Rashtra.