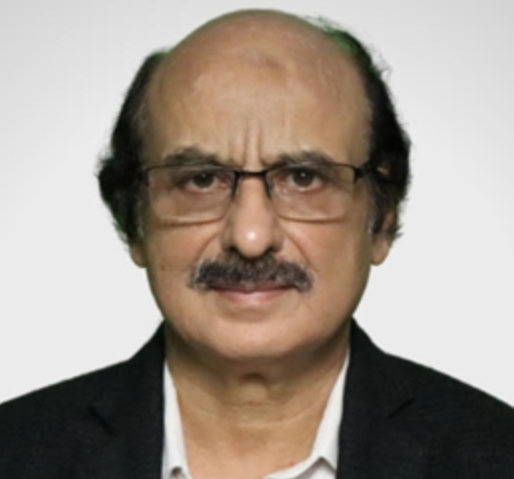 “Economic Fundamentalism Facilitator of Pandemics and their Economic Consequences: The Way Out in Islam”: Research paper published in the January 2021 edition of KAU Journal of Islamic Economics published by King Abdul Aziz University, Jeddah, the top ranking University of Saudi Arabia.

“Islam provides the answers by promoting only healthy economics and discarding the dangerous economics, in terms of effect on health and social justice, and also giving directions how to contain epidemics. It also ensures that the wealth does not remain in the hands of a few, but is more equitably distributed; and the governments are in a healthy economic position to meet the demands in times of crises. Islamic experts and Muslim countries and organizations need to highlight the extraordinary results if Islam’s socioeconomic and heath-friendly propositions are applied in the world.”

Renowned thinker and writer, Dr. Javed Jamil, currently Chair in Islamic Studies and Research, Yenepoya (deemed to be) University, Mangalore, has emphasized that the commercialisation of the substances and practices prohibited in Islam is the major cause behind the rise of various pandemics, and Islamic Economics provides the way out of their socioeconomic impact. He has expressed these opinions in his research paper published in the January 2021 edition of KAU Journal of Islamic Economics published by King Abdul Aziz University, Jeddah, the top ranking University of Saudi Arabia. He was invited to be a part of an international panel to discuss the role of Islamic Economics in avoiding and countering the impact of the Covid-19 like situations in the world. Started in 1983, the Journal of King Abdulaziz University – Islamic Economics has the honour to be the first professional journal in the field of Islamic economics. It is listed by some of the most prestigious indexing services providers on the subject of economics like Scopus, SSRN, EconLit, and RePEc.

In the paper titled, “Economic Fundamentalism Facilitator of Pandemics and their Economic Consequences: The Way Out in Islam”, Dr. Jamil, known for his work in “Apllied Islamics” has shown that most of the major killers in the last 100-120 years, including Swine Flu, Spanish Flu, HIV/AIDS, HPV/Carcinoma Cervix, Hepatitis-B, Rabies, etc and now Covid-19, the association with Islamic positions is proven beyond doubt by the facts and figures available in the realm of medical sciences. Pork, sexual malpractices including promiscuity, prostitution and homosexuality, presence of dogs in the domestic areas and eating of prohibited wild animals like bats and pangolins, have all been the major reasons behind the rise of these pandemics, which have killed more than 200 million people in the last century. The role of alcohol in the rise of HIV/AIDS and other Sex Transmitted diseases is also well-documented. Dr. Jamil has shown that circumcision plays an extremely important role in prevention of HIV/AIDS and HPV, which is associated with hundreds of thousands of deaths of women due to Cancer Cervix, which is relatively rare in the wives/partners of circumcised men. He has argued that, if despite huge mortality and morbidity associated with these practices, they are allowed and popularised, it is because of the fact that all of them are big markets.

Dr. Jamil has argued that if Prophetic Hadith on the epidemics had been followed and none had been allowed to enter and leave Wuhan, when Corona epidemic broke there, the world would have largely been saved. He has also opined that the disease spread fast due to drinking habits of the people, night life and the role of certain powers in holding Economics above Health. He has argued that, in contrast to Islam, which gives priority to the survival and healthiness of life, the modern international systems are dominated by the economic interests at the cost of health and family and social peace. Lambasting the current economic philosophy of “economic fundamentalism” he says that Market forces are busy in commercializing dangerous practices in the name of freedom of choice, which is leading to many health issues. They first commercialise the problems and then they commercialise solutions, he argues. The Islamic economic philosophy is based on the supremacy of peace, which is a comprehensive state covering individuals, family and society; human peace, health, security, and welfare are the guiding factors, and no matter how strong the economic reasons are, any activity that threatens health and comprehensive peace cannot be permitted.

The concluding remarks of the paper are worth reproducing:

“In conclusion, the following points need to be highlighted:

First, the Covid-19 outbreak had its origins in the market of wild animals, many of which prove to have a biological structure suitable for transmission of viruses to humans, which then have the propensity to lead to human-to-human transmission.

Second, it started spreading from the place of origin to the rest of the world, because nothing was done at the right time to stop trafficking of the people from and to the place of its origin.

Third, it hit the economy particularly hard because the world economy had a huge share for the entertainment industry, which crashed due to social distancing and lockdown measures.

Fourth, it hit the people hard, because in most of the countries, except for the few elite, the masses are poor as well as the governments. Huge economic inequality in countries like India led to huge disasters.

In short, if in today’s world, the major portions of the economy had been in the sectors, which pose no threat to health or social justice, the situation would not have been as bad as it has turned out to be. If this continues, the future will bring bigger disasters.”

“Islam provides the answers by promoting only healthy economics and discarding the dangerous economics, in terms of effect on health and social justice, and also giving directions how to contain epidemics. It also ensures that the wealth does not remain in the hands of a few, but is more equitably distributed; and the governments are in a healthy economic position to meet the demands in times of crises. Islamic experts and Muslim countries and organizations need to highlight the extraordinary results if Islam’s socioeconomic and heath-friendly propositions are applied in the world.”

Dr. Jamil has also called upon the Islamic world, especially rich Muslim countries including the OPEC countries, “to play a role in the availability of vaccination to the poor in their countries as well as in other countries.” He also stressed that “Islamic countries need to invest more and more in scientific research.”

Dr. Javed Jamil has also argued that the current reach of Islamic Economics has become limited to Financing and Banking. It has become “an abysmal failure in influencing in any way the direction of the globalization, which revolves around the commercialization of not only human strengths, but also of human weaknesses.” So, while Islamic finance is to be promoted, other important measures related to economics should not be lost sight of, and there needs to be more work on the generation of wealth within the Islamic trio of Rights, Duties and Prohibitions, establishment of taxation system based on Zakah, Ushr and Khums and campaign against the Economics of Prohibited Substances and practices. He has also proposed a new definition of Islamic Economics:

“Islamic economics refers to the establishment of a world order where people, individuals or groups, are free to earn their livelihood through rightful use of the provisions of God and their abilities, natural or acquired, without the violations of the true goal of Comprehensive Peace that Qur’an envisages, that is within the boundaries of the three-dimensional system of Fundamental Rights, Fundamental Duties and Fundamental Prohibitions, and the establishment of a system that ensures comfortable living for each and every human being, including those who are in a disadvantageous position, temporarily or permanently, due to some reason.”

Dr. Jamil has also presented a detailed Islamic Holistic regime of hygiene as part of Dynamic Paradigm of Health based on Islam. The whole paper can be read here:

UNICEF : Children worst hit due to pandemic in India