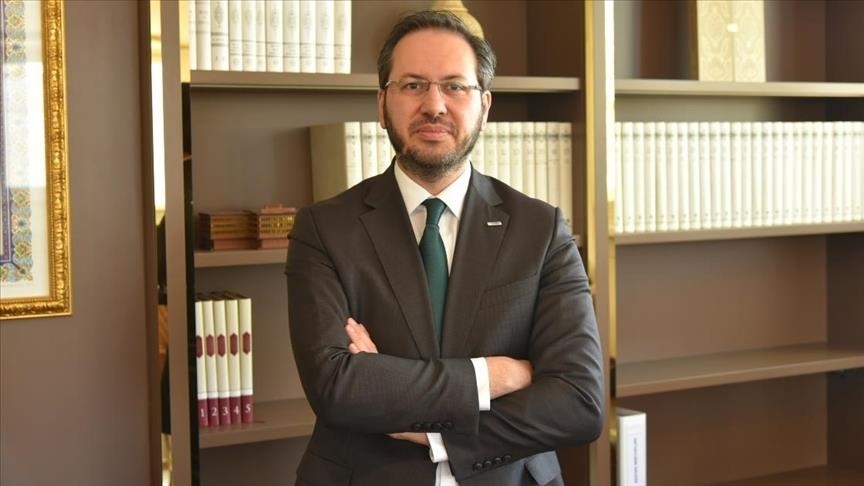 Praising Strasbourg Municipality in northeastern France for offering 2.5 million euros ($3 million) for the construction of a mosque, Bekir Altas, secretary-general of the Turkish-Muslim association IGMG, expressed concern at the rising Islamophobic tendencies driven by political exigencies.

Speaking to Anadolu Agency during his visit to French city Strasbourg near the German border, Altas also dismissed accusations against the IGMG by the politicians.

Altas said that his organization has received donations from all over Europe for the construction of this mosque that included a historical contribution of 2.5 million euros ($3 million) by the Strasbourg Municipality.

“With this decision, they specifically stated that there was no discrimination between Catholic, Protestant, Jewish, and Islamic religious communities,” he said.

President of Eyup Sultan Mosque Association Eyup Sahin told Anadolu Agency that in October 2020, they had requested financial assistance from the Strasbourg Municipality for the construction of the mosque and that the municipality accepted this request in March 2021.

Sahin said after this move created controversy, they decided to withdraw the request for assistance because elections were approaching and some politicians had turned the mosque into election propaganda.

Altas, said as presidential elections were due in France in 2022, Muslims do not want to become instrumental in the conflicts between the two major political parties in the country.

He stated that the imposition of the “charter of principles” of Islam in France, which they refused to sign because it alienates Muslims, is one of the populist decisions taken by the government.

He said that they faced accusations and criticisms despite carrying out their work transparently and within the framework of the law. Altas mentioned that Interior Minister Gerald Moussa Darmanin has drawn a profile that does not reflect the truth about IGMG.

He said that Darmanin’s actions against the Muslim community were not normal. He said the controversial bill against separatism does not concern Muslims only but all religious communities as it violates the 1905 law on secularism.

“The religion-state relationship is being reshaped through Muslims. We see that we are actually in the process of how the understanding of secularism will be in France,” he added.

Eyup Sultan Mosque will be the biggest mosque in Europe when the construction is completed.

Built according to Ottoman architecture, on 15 acres of land, the complex will include a mosque for 3,000 people, conference halls, a school, and a library, as well as a 600-vehicle-capacity car park and a bicycle park-AA

Thousands of protesters demand ‘sanctions on Israel’ in Paris