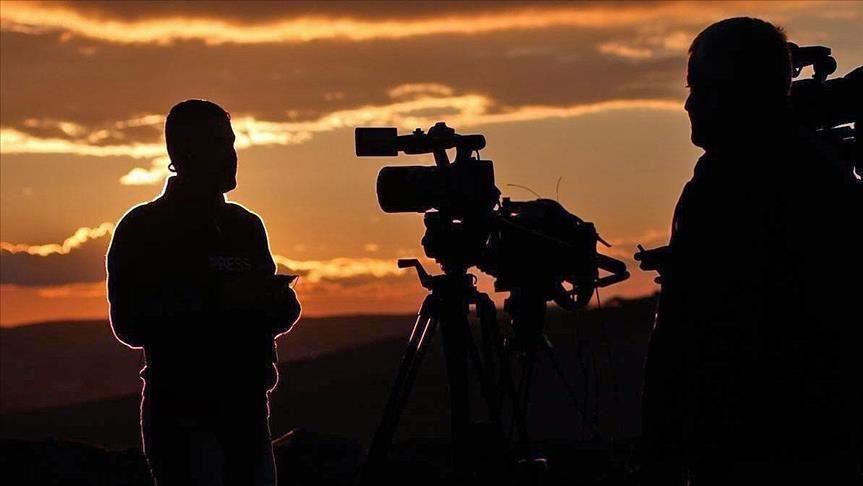 The Palestinian Journalists Syndicate said on Wednesday that Israel has killed more than 46 Palestinian journalists since the outbreak of the Al-Aqsa Intifada in 2000.

This came in a rally staged outside the UN headquarters in Gaza Strip on the International Day to End Impunity for Crimes Against Journalists.

Tahseen al-Astal, the deputy head of the syndicate, called on the UN to assume its responsibilities in protecting journalists and prosecuting the perpetrators of Israeli crimes against Palestinian journalists.

“The Syndicate counts annually between 500 and 700 [Israeli] occupation attacks and crimes against Palestinian journalists and it’s time for these crimes to stop and to hold accountable those who committed them and those who issued the orders,” al-Astal said.

He stressed that the Israeli violations against journalists “aim to silence and prevent the factual press image from being conveyed to the world.”

Israel has a long history of targeting journalists. The New York-based Committee to Protect Journalists have documented 17 confirmed instances of journalists killed in Israel and the occupied Palestinian territory since 1992. Of these, 15 journalists have been killed by Israeli fire.

The year 2014, when Israel carried out its last major onslaught against the blockaded Gaza and killed over 2,200 Palestinians, was the bloodiest year for journalists in Palestine.