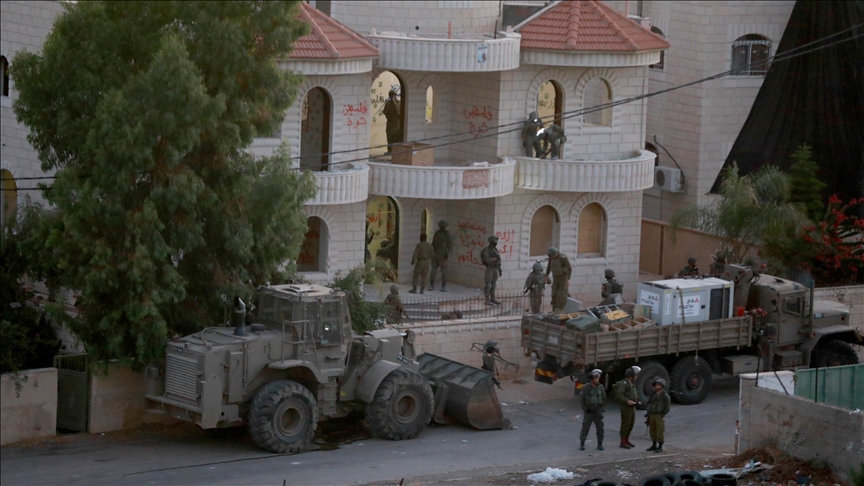 RAMALLAH, Palestine: The Israeli army on Thursday demolished the home of a Palestinian detainee in the occupied West Bank.

Eyewitnesses told Anadolu Agency that an army force stormed the town of Turmus Ayya in Ramallah and blew up the house of Montaser Shalabi.

Clashes erupted in the vicinity of the house between dozens of young Palestinians and Israeli forces who fired live ammunition, rubber bullets, and tear gas canisters.

Shalabi, 44, who holds US citizenship, carried out a shooting attack on May 2, in which a settler was killed and two were wounded.

The occupation forces arrested Shalabi on May 6 after a raid and search campaign that affected several Palestinian towns.-AA