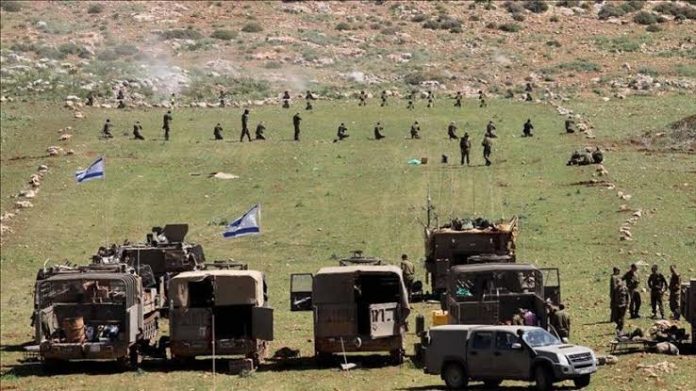 JERUSALEM:  The Israeli army on Tuesday launched a military exercise simulating military operations in the Gaza Strip, according to the military.

A military statement said the simulation training is being carried out by the army’s Gaza Division.

The exercise is set to continue until Wednesday.

“The area will witness active movements of security vehicles, and explosions will be heard,” the army said, adding that some roadblocks will also be erected.

The Israeli army indicated that “the exercise was planned within the framework of the annual exercise plan for 2021.”

The exercise seeks “to raise the readiness of the army forces to protect the area,” it said, noting that it “will take into account the lessons learned from the Operation Guardian of the Walls”.

Operation Guardian of the Walls refers to the latest Israeli-Hamas infighting in May 2021.

At least 260 Palestinians were killed and thousands injured in 11 days of Israeli airstrikes in the Gaza Strip in early May against the backdrop of an Israeli court ruling to evict Palestinian families from their homes in the Sheikh Jarrah neighborhood in occupied East Jerusalem.

The violence came to a halt under an Egyptian-brokered cease-fire that came into effect on May 21.-AA