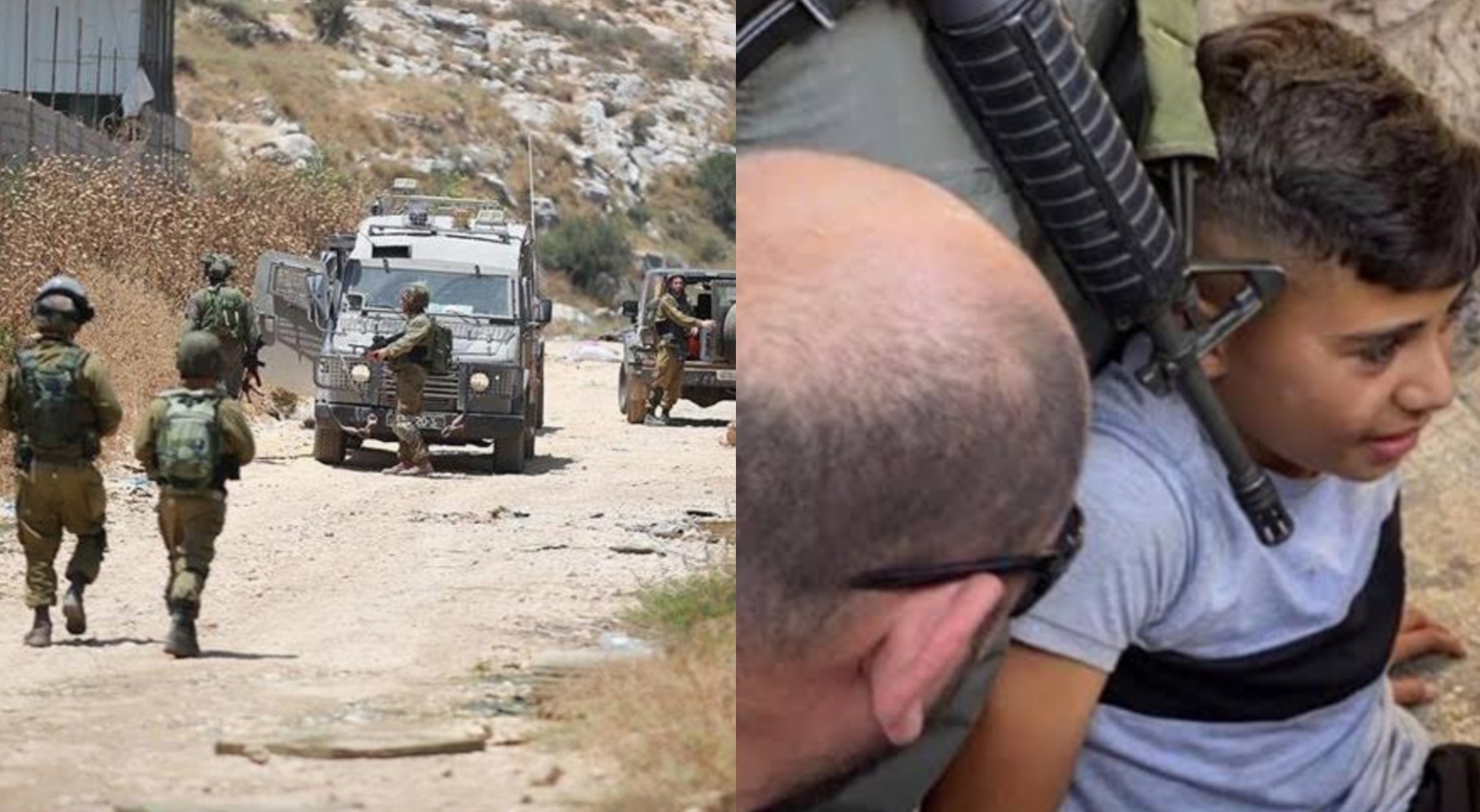 A 12-year-old Palestinian child was run over by Israeli police in East Jerusalem’s Silwan neighborhood for placing the Palestinian flag on his bicycle while riding to a nearby grocery to buy bread.

“I was on my bike to buy bread when three Israeli policemen chased me because I put the [Palestinian] flag on the bike,” Jawad al-Abbasi said in a report he provided to the Hadassah Hospital where he has been receiving treatment.

The boy said he was nursing injuries on his head, neck, and leg.

Jawad also told the Jerusalem-based Wadi Hilweh Information Center in another testimony that Israeli police held him at gunpoint and beat him. “I was afraid that they would shoot me or arrest me,” he added.

Jawad said passers-by had to call the ambulance because Israeli police refused to, noting that he fainted before reaching the hospital.

“I am now at the hospital and I am afraid that Israeli police will come to arrest me before I get the necessary treatment,” the boy said.

There was no comment from the Israeli police on the incident.

Meanwhile, Jawad’s cousin, Issa al-Abbasi submitted a recorded testimony to the Hilweh center saying he received the news about his cousin while at home and hurriedly arrived at the scene only to find the Israeli police surrounding the young boy.

“We called for an ambulance, but the police insisted on arresting him,” Issa said, adding that they eventually managed to take him to the hospital by ambulance.

“When we got to the hospital, the police came claiming that they had not run over him,” Issa said. “Jawad, like all children, went out of his house to buy bread, and he put the flag on his bike. This is the flag of his country, so where is the crime in that?”

For its part, the Palestinian Ministry of Foreign Affairs and Expatriates issued a statement condemning the attack by Israeli police on the Palestinian boy, describing the incident as “an attempted murder and a heinous crime that rises to the level of a crime against humanity,” and held the Israeli government fully responsible for it.