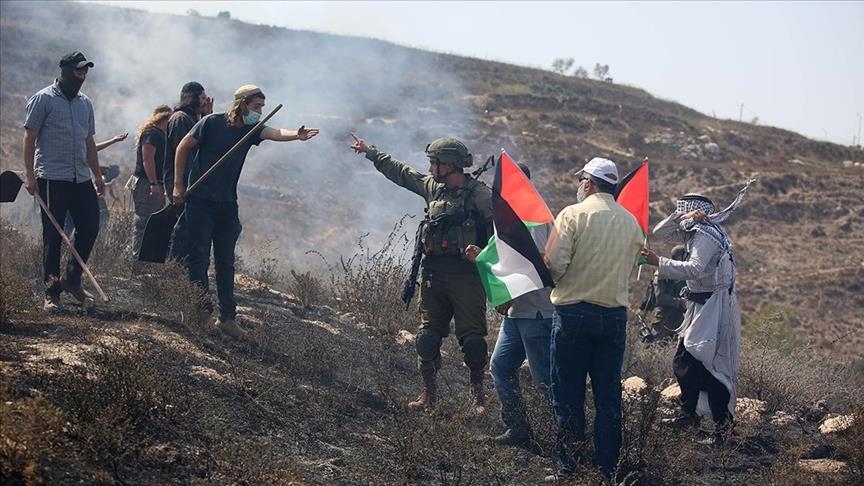 RAMALLAH,Palestine: Around 100 former Israeli soldiers who were stationed in the occupied West Bank have demanded Israel’s defense and internal security ministers to put a stop to the violence by Jewish settlers against Palestinians.

According to a report on Israeli Army Radio, the former soldiers, who have just completed their military service, sent a letter to Defense Minister Benny Gantz and Internal Security Minister Omer Bar-Lev about their experiences in the occupied West Bank.

Calling for action “against the phenomenon of settler violence,” the former soldiers said the responsibility for countering the violence of Jewish settlers rests with Gantz and Bar-Lev.

The violence perpetrated by the Jewish settlers against Palestinians has increased with the implicit support of the Israeli state for years, the letter said, adding: “We are the ones serving there and we have personally seen how that violence happened on the field.”

The phenomenon of settler violence manifested and intensified last year as “damaging private property, stone throwing, physical violence against Palestinians and attacks on activists and [Israeli] security forces,” it added.

“We were sent to defend them [Jewish settlers], but we had no means to withstand them,” it said.

According to data from the Israeli Defense Ministry, a total of 370 incidents of violence perpetrated by Jewish settlers in the West Bank were reported in 2020, 42 of them against Israeli police and soldiers.

Israeli and Palestinian estimates indicate that there are about 650,000 settlers in the West Bank, including occupied Jerusalem, living in 164 settlements and 116 outposts.

Under international law, all Israeli settlements in the occupied territories are considered illegal.-AA