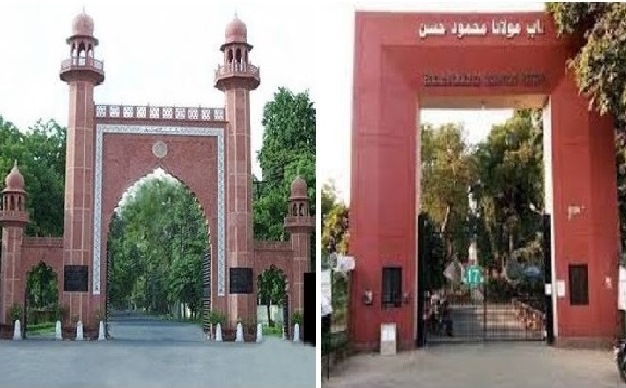 New Delhi : Jamia Millia Islamia and Aligarh Muslim University have made it to the top ten Universities list in the NIRF University rankings for the year 2021.

Jamia Millia Islamia (JMI) secured sixth rank among the top 10 Universities of the country while AMU is now ranked 10th.

The 2021 rankings were released by Union Education Minister Dharmendra Pradhan earlier on Thursday.

“This achievement is all the more significant because of the challenging time the country and university has been facing due to COVID-19 pandemic and also in the light of increased competition in the ranking,” said Najma Akhtar, JMI Vice-Chancellor.

“It is a matter of great pride that AMU has been ranked among top ten universities in the country by National Institutional Ranking Framework (NIRF) University Ranking 2021. These rankings are a reflection of the hard work, dedication and commitment of staff members and students”, said AMU Vice-Chancellor, Professor Tariq Mansoor while congratulating the staff, students and alumni on this achievement.

NIRF is a methodology used by the Ministry of Education to rank higher education institutions in the country. It is now in its sixth edition. This year, the Indian Institute of Technology (IIT) Madras retained the top spot among institutes in the country.