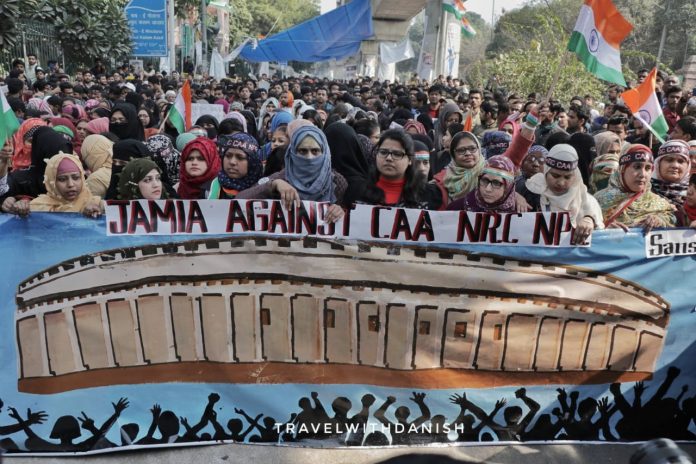 New Delhi, Feb 10 An anti-CAA march from Jamia Millia Islamia to Parliament began on Monday amid heavy security deployment. The police had earlier denied permission to the protesters to march to Parliament.

Meanwhile the march started about an hour late, with slogans of “Aeen ke dum pe march karenge” (We will march with power from the Constitution).

The security forces have also put up barricades along the way.

The march to Parliament was called by the Jamia Coordination Committee against the Citizenship Amendment Act (CAA) and National Register of Citizen (NRC).

A similar march on January 30 had created a controversy after a man raising pro-CAA slogans fired a bullet injuring a protesting student.