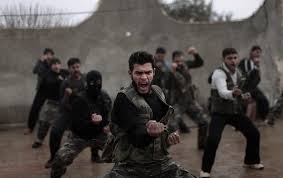 “No military training is provided for the Syrians in Jordan. I stress that there is no civil or military entity that provides training for Syrians in the kingdom,” Xinhua quoted the prime minister as saying.

According to official figures, there are more than 480,000 Syrian refugees in Jordan.

About 70,000 people have died in Syria since the start of the uprising against President Bashar al-Assad in March 2011, according to UN estimates.—IANS.