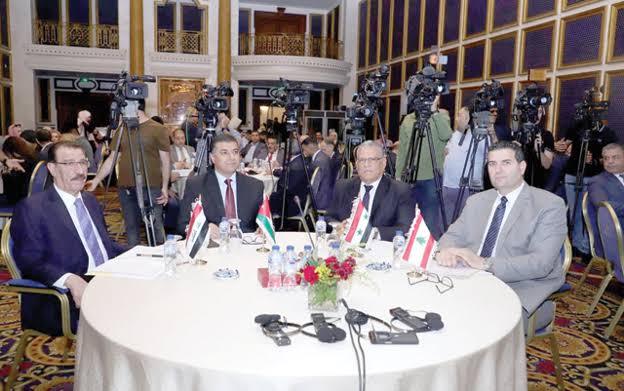 Amman : The Agriculture Ministers of Jordan, Iraq, Syria and Lebanon convened in Amman to discuss means to boost food security.

During the meeting, Jordan’s Agriculture Minister Khaled Hanaifat highlighted the magnitude of challenges facing countries in the region, including climate change, the Covid-19 pandemic, the Ukrainian crisis, inflation, and the rise in oil price, according to a statement by the Ministry on Sunday.

Being aware of these challenges, Jordan has set out a comprehensive strategy for food security in cooperation with UN organisations, the Minister said at the start of the two-day meeting.

Lauding the World Food Programme’s endeavour to establish a regional centre for relief and emergency, Hanaifat voiced Jordan’s willingness to serve as headquarters for this centre.

Amid current global turmoil, it is a key national interest of our four countries to focus on steps that would bring stability and food security by facilitating the flow of commodities and information,” Qatna added.

Lebanese Agriculture Minister Abbas Haj Hassan described the meeting as “a model for a united Arab partnership,” stressing the need for increased cooperation.

Iraqi Agriculture Minister Muhammad Khafaji underlined the significance of food security to political and economic stability, highlighting the role of such meetings in addressing the regional threats to food and water security.

The Minister also called for a unified agricultural calendar to reduce production costs of fertilisers, pesticides and vaccines, among others. — IANS