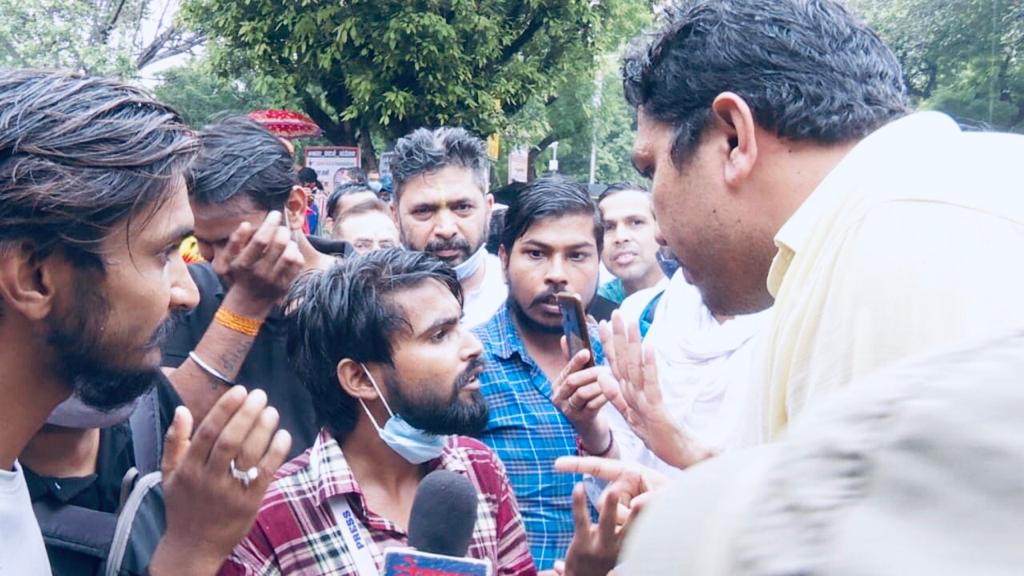 New Delhi: A group of Hindutva fanatics on Sunday forced Anmol Pritam, a journalist associated with the ‘National Dastak’ YouTube channel when he was covering an anti-Muslim gathering called by former BJP spokesperson Ashwini Upadhyaya at Jantar Mantar.

”If so many people surround and ask me to chant Jai Shri Ram then I will not do it. I will chant the slogan if I wish to do so,” the 24-year-old journalist Pritam told the group.

Pritam has shared a video clip on Twitter, in which he can be seen being forced to chant the slogan.

Apart from the aforementioned incident, several hate speeches were made and anti-Muslim slogans were raised at the event. A group of men shouted the slogan, ”When Muslims will be cut into pieces they will shout Ram Ram”

”Salute @anmolpritamND . You are the bravest journalist. You have shown immense moral and mental strength in extreme situation,” Dilip Mandal said on Twitter.