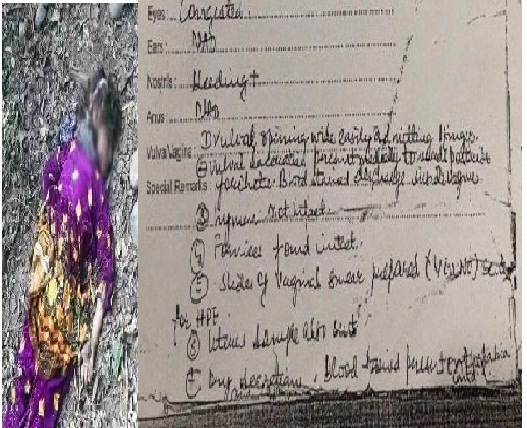 New Delhi: The unbelievable and most shocking revelations are coming out regarding Kathua gang-rape-murder case. The details of postmortem report tell the inhuman suffering the  the girl undergone before she died.

India Today which accessed the post-mortem report has published the main points of report of the eight-year-old victim.

The post-mortem report gives the details of the wounds inflicted on the minor girl.

According to an Indian Express report ‘The Delhi Forensic Science Laboratory, which was contacted by the Jammu and Kashmir Police probing the gangrape and murder of an eight-year-old girl in Kathua, has analysed 14 samples, including hair strands and clothes, of the girl.

“One of the parcels we were sent had two hair strands with roots. The fact that the hair strands had roots was important as DNA identification requires the root. One of the hair strand pins the accused, the second matched with that of the girl. Also, a spot of blood was found on the frill of her frock. They had destroyed the cloth by washing it with detergent, but a droplet was there. That was an incidental discovery. We received the first lot of evidences on March 1 and the second on March 14. Around 14 parcels were received in total,” said a senior Home Department official.

The Zonal Headquarters Crime Branch Jammu, meanwhile, issued a statement saying, “…it is to place on record that on the strength of opinion furnished by medical experts, it has been confirmed that the rape victim was found subjected to sexual assault by the accused. The medical expert has also opined that the hymen of the victim was not found intact… In addition to this, medical opinion has established beyond doubt that the victim was held in captivity and administered sedatives and her cause of death was asphyxia leading to a cardio pulmonary arrest.” 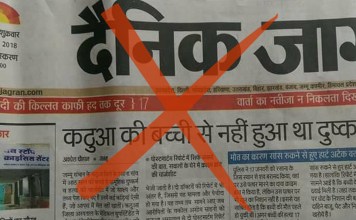 It should be noted the some sections of right wing media was even raising doubts over happening of such incident where rape had been committed on the girl in Kathua.