Tumakuru: An English lecturer working as a guest faculty has resigned from her post as she was asked to shun the hijab while teaching in Tumakuru district of Karnataka on Friday. “It is a matter of my self-respect. I can’t teach without the hijab,” the lecturer Chandini said after quitting.

“Since three years I am working in Jain PU College as a guest lecturer. In these three years I did not have any problem and I worked normally with ease. But, yesterday my Principal called me and told me that classes must be conducted without a hijab or any religious symbols. Since the last three years, I am lecturing wearing a hijab, it hurt my self-respect and I didn’t want to work in that college anymore. Hence, I resigned voluntarily,” she stated. 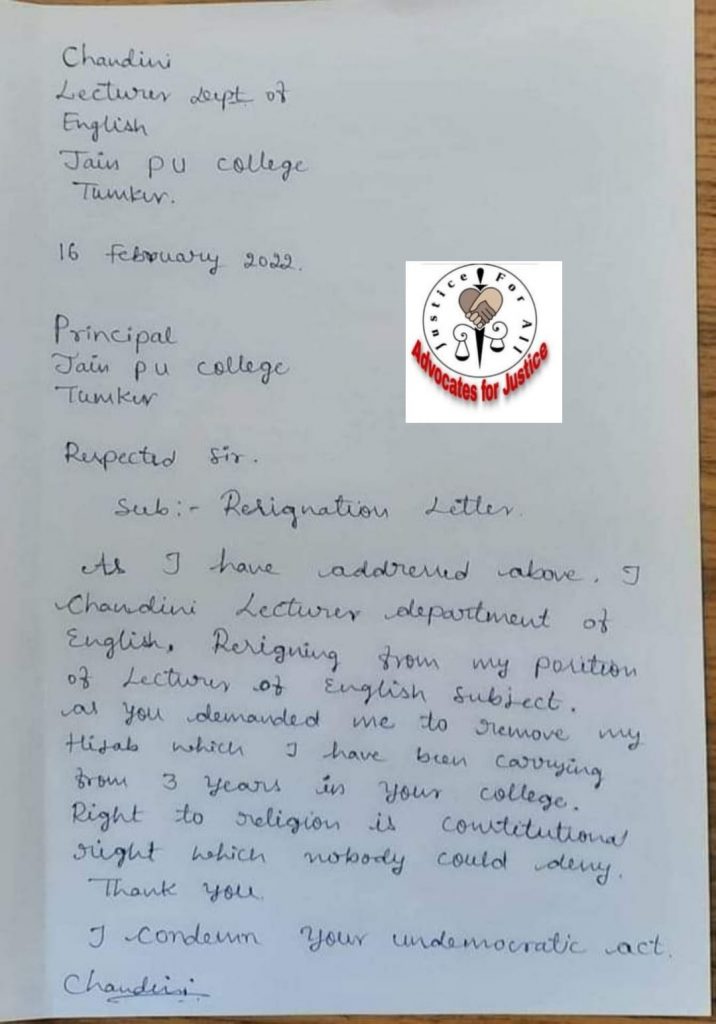 In her resignation letter Chandini has said that she is resigning as she was asked to remove her hijab which she has been wearing for three years in the college. “Right to religion is a constitutional right which nobody can deny.” She stated that, “I condemn your undemocratic act.”

The college authorities refused to comment on the issue.

Meanwhile, many netizens who came across her resignation letter have raised questions over the lecturer’s language skills.

The hijab row in Karnataka has turned into a major controversy. Across the state, students have started to agitate and protest against the decision of college managements to deny permission to attend classes while wearing a hijab. A special bench constituted by the High Court is hearing the matter and the government has stated that after the verdict, it will come out with a specific rule regarding wearing of hijab.– IANS