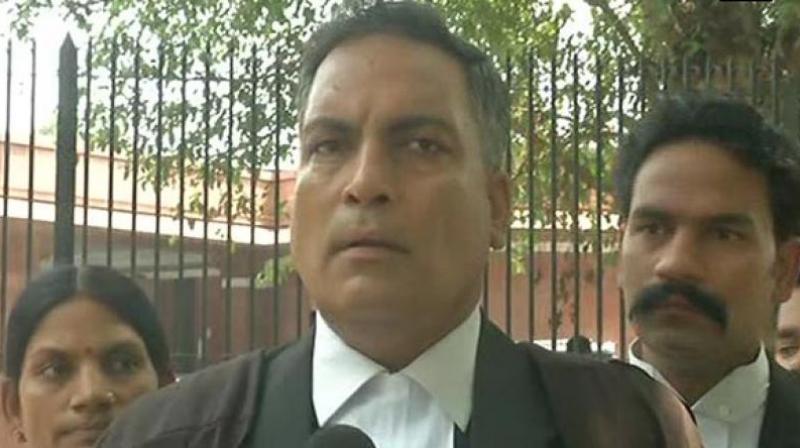 New Delhi: “There is no comparison between the farmers protests and Shaheen Bagh protests. Farmers are protesting in a patriotic way. We have suggested names of Justices Kurian Joseph and Markandeya Katju for the Committee,” said AP Singh, a lawyer who is representing farmers group, BKU Bhanu, in the Supreme Court.

Singh had fought the case of Nirbhaya’s rapists. He had faced widespread criticism for his derogatory remarks on Nirbhaya.

His recent comment on Shaheen Bahg has also sparked criticism. Several individuals on social media have raised concerns on his words.

Journalist Aditya Menon on Twitter said that Singh does not reflect the thinking of entire protesting farmers. “At most it is the view of BKU Bhanu Pratap Singh, a UP based group,” he said.

Another person, Rupa Gulab, reminded that Shaheen Bagh protested in a peaceful manner and patriotic way too. However, a man identified as Kapil Gujjar tried to create a problem as fired gunshots at the site.

What the hell? Shaheen Bagh protested in a peaceful and patriotic way too. There only was a problem when done thug called Gujar tried to shoot the protestors. This chap joined the BJP recently. His reward. https://t.co/gVDjveONIE

In December 2020, the BJP inducted Gujjar but expelled him later due to criticism.