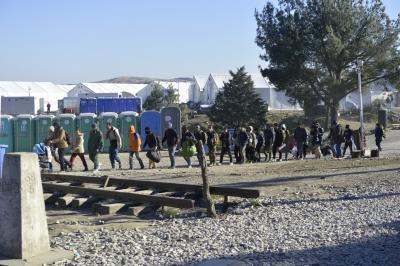 Beirut : Lebanese Foreign Minister Abdallah Bou Habib said that his country may not continue to host displaced Syrians if Europe fails to adopt a clear roadmap for returning them to their homeland.

“We’ve been hosting refugees for nearly 11 years while the Europeans still do not have a clear roadmap to end this crisis,” Bou Habib was quoted as saying in a presidential statement.

The Minister said Lebanon can no longer tolerate the presence of massive displaced Syrians on its territories which have weighed heavily on the country’s economy and society, reports Xinhua news agency.

“All we want from international organisations is to stop paying refugees in Lebanon while assisting them upon their return to their homeland,” he added.

Lebanon remains the country hosting the largest number of refugees per capita, with a government estimate of 1.5 million Syrian refugees.

In Lebanon, nine out of 10 refugees now live in extreme poverty. There are no formal refugee camps and, as a result, Syrians are scattered throughout urban and rural communities and locations, often sharing small basic lodgings with other refugee families in overcrowded conditions.

The country is suffering a steep financial crisis that has plunged more than 74 per cent of the population into poverty.— IANS