Home Editorial Light at the end of tunnel: Muslims have changed their approach, not...
Facebook
Twitter
WhatsApp
Email
Telegram 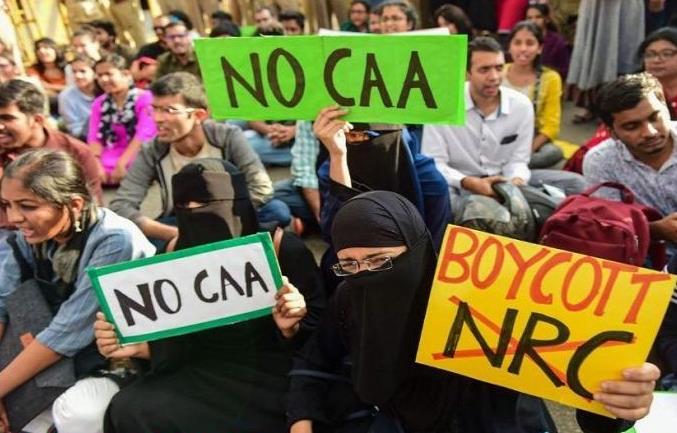 Over a couple of decades ago, more than a dozen country’s top Muslim community leaders joined together to discuss issues related to the financial embezzlement in Jamia Urdu Aligarh at the Nation and the World offices in New Delhi’s Nizamuddin area. Amidst the meet, they also discussed briefly the tension in a UP town over singing of national anthem involving Muslim student. I – though not part of the meeting but sat in a corner of the office as I worked as a journalist for the fortnightly – asked them to do something. They were reluctant. I argued that the Muslims look up to them to take any stand on such matters. “What should we do? We are not leaders,” said ex-AMU VC Saiyid Hamid and former parliamentarian Syed Shahabuddin – who commanded the community’s respect and were present in the meeting. There was an air of unaccountability in the tone.  Interestingly, everyone present in the meet nodded their heads in unison. After a brief exchange of words, however, they agreed to issue a press release. It shocked me. Till then, I too looked up to them for views on community issues for my write-ups. I returned to my table and looked with great empathy at the photograph of a Muslim protest published in some dailies.

Precisely, they did not think that the common Muslims look up to them so seriously, so the casual approach.

I do not doubt their intentions, but their approaches resulted in the disenchantment of a large section of the community. They could have handled several issues including Shah Bano case, Babri Masjid dispute, triple talaq, to count a few, differently. A mature leadership often analyses the situation sincerely, and honestly, instead of being swayed away by the whims and wills of individuals or groups. In personal life, we all take decisions with sincerity, but our approach remains quite different when it comes to confronting challenges at community level. Personal ambition, obstinate attitude and lack of sincerity factor in.

Be it political leaders or uelma, there has been an acute shortage of vision. They only offered short-cut solutions – aimed at elections. Muslims, by and large, were left to rely on a set of organizations on every religious or political matter. Before every parliamentary and assembly elections, Muslim masses are asked to vote and support in the name of keeping the communal forces at bay. Their appeal for votes to certain parties worked. However, the electoral “success” of the ‘secular parties’ brought little change in the socio-economic condition of the Muslims. Furthermore, when the regime changed in 2014, the Muslims suddenly found themselves at the top of the “enemy list” of right wing politics.

Churning in the community

However, the situation has changed now. The Muslim community is not sacrificial goat any more. A series of debacles – Babri Masjid and triple talaq- and leaderless, but successful, protest of Shaheen Bagh led to a churning in the community. They know they are not going to get space in the majoritarian set up of the Indian polity, at least for a decade now, so they are gradually focusing on the key areas which empower a community. They have changed their approaches, not principles.

They are no longer taking up the conventional course to tackle the challenges thrown upon them in the ‘completely changed world’ affected by a series of happenings, mainly 9/11 attacks and information explosion.

On the other hand, the full-blown ascendance of right-wing politics on the national horizon has brought a paradigm shift in the approach of the Muslims, particularly those who chose to remain in public life. They have learned the language to be heard correctly. They no more leave grey areas in their messaging. They have learned the phrases and idioms of protest. In short, they have learned how to respond to the situation. Despite incessant provocations by the right-wing goons and leaders of saffron groups, they didn’t give them any excuse. This reflects in almost all communication platforms. The television news channels – what we call godi media – desperately look for a formidable face in their studio, but find none.

The longer right wing people are in power, the greater the chance of positive changes and the harder it will be to reverse the changes.

The writer is a media analyst. quamar.ashraf@gmail.com.