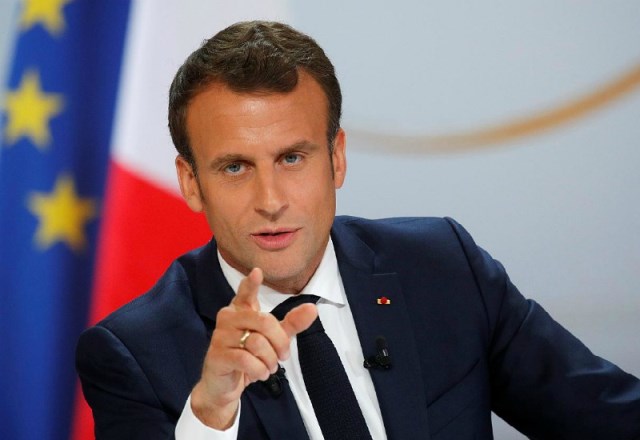 The Arabic word Makar (deception) appropriately fits Macron, the French President, who, after Islam’s 1400 years of existence, suddenly discovered that it was in crisis and needed radical reforms. The discovery came when a Muslim man beheaded a teacher who showed his students a naked Prophet Muhammad cartoon.

Individual violent response is a matter of criminal justice, and any civilized country should deal with it as such. Macron turned the incident into a crusade and blamed an entire religion and its followers for a crime that Islam considers a sin and a crime against God.

Macron could have invited French Muslim leaders to discuss the response and treated it as a law and order issue.  But he escalated it level that would increase violence in France and different parts of the world. Already, the violence against Muslims in Europe and other places is on the rise. Churches, synagogues, and Temples, as well as the media, have started amplifying Islamophobic sentiments. In Israel, a derogatory song has gained popularity among its soldiers. India that promoted Muslim lynching and, through its terrorists, forced Muslims to chat Jay Shri Ram encouraged Macaron to take stern actions against Islam’s followers. In Australia and the USA, the tri alliance of Christian evangelists, Zionists, and Hindutva has joined hands to attack Islam and Muslims and project them unfit to be part of Western civilization. Muslims, on their part, have called for a boycott of French products.

Will this solve the problem? Will it create peaceful conditions? Will there ever be a time when people of different faiths and no faith can live in harmony?

Freedom is a noble practice, but it must be consistent and logical. If anti-Semitism is illegal in Europe, then Islamophobia should also be unlawful. If an attack on Judaism or Israel is considered hateful, then an attack on Hinduism, Christianity, and even paganism must also be bigotry. Law should be equal for all. There is a fundamental flaw in the practice of law about the freedom of expression in the world. The world practices biases against the other.

Every religious community deserves a dignified status regardless of what they practice. The purpose of law is to protect the dignity of every citizen. By showing disrespect and ridiculing other’s faith, a society cannot maintain harmony. A people who humiliate and put down each other can create stability, especially when several sections qualify for more privileges and rights.

Islamophobia is not new. Ever since the existence of Islam, it is prevalent in societies where Muslims live. It was the driving force behind colonization, and it is the dominant idea behind the Muslim ban or the mass murder of Muslims in Norway or India, or New Zealand. The roots of Islamophobia are in the literature found in Christian, Jewish secular and Hindu literature. The religious power elites do not consider Muslims equal, civilized, or believers in a universal God. Through their hatred against Islam and Muslims, they want to create a Muslim-free world. In this environment, an individual criminal act by a Muslim becomes a theologically sanctioned work.

Every religious community has people who misuse religion for its political or economic purposes. Christians and Jews use their scriptures to capture Palestine and persecute Palestinians. Hindu upper castes use their religious books to discriminate against people they call untouchables even they happen to claim the same faith. The shadow of a Muslim, Christian, Jew, and Dalits is impure in their eyes and touching them becomes a sin. Raping their women is another thing for them.  Muslims misusing their religion are no different than their counterparts in other religions. By quoting religious texts, one cannot claim his or her action to be sacred.

Islam and other faiths

Islam does not claim a monopoly on God. Islam respects other religions and religious communities. Islam’s textbook, the Quran, states loudly the following:

But do not revile those [beings] whom they invoke instead of God lest they revile God out of spite, in ignorance. For, goodly indeed have We made their doings appear unto every community  In time, [however,] unto their Sustainer they must return: and then He will make them [truly] understand all that they were doing. (6:108)

Muslims recognize that it is not a part of God’s plan to make everyone a follower of Islam. Every human in his program has free will. He did not appoint Muslims as guardians over others or responsible for their conduct. Muslims do believe that follow the truth, and polytheism is false. But it does not give them the right to denounce the belief systems of others and ridicule them. Others adhere to their beliefs because they seem fair to them. The nature of their ideas and actions will become apparent to them on the Day of Reckoning.

The Quranic message does not leave any room for hatred or ridicule of other faiths. When the Quran says for you is your faith and for me is mine, it clarifies that Muslims must show respect to others’ beliefs even at an individual level. Islam focuses on personal responsibility to follow religion.

There is no coercion in religion (Quran{2:256) means that an organization or state cannot impose faith upon people and dictate what is right or wrong. They can educate or even formulate laws for the greater good of people.  The statutes and education is the prerogative of organization members of citizens of the state.

The fight that Macron initiated under his Islamophobia is a false conflict. It would hurt France and Europe. It would revive crusade ideas and pitch religions and against religions. It would not remain confined to France; the whole world feels it. He can play a leadership role by sitting with Muslim intellectuals and leaders to allay his fears he spread through his statements.