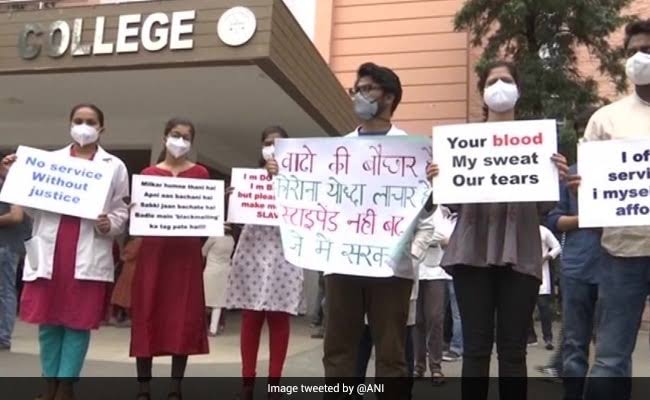 In a stand-off with the agitating junior doctors, the Madhya Pradesh government has hardened its stance after accepting mass resignations by the doctors, served eviction notices to them and asked to vacate their hostels and deposit the bond amount.

Gandhi Medical College Dean has also asked all the junior doctors to vacate their college hostel after they have submitted their resignations.

The Junior Doctors’ Association (JUDA) have been on a strike for the past couple of days, pressing for various demands, including hike in their stipend.

The notice comes after Madhya Pradesh High Court on Thursday had declared the junior doctors strike as “illegal” and asked the JUDA members to return to their work within the next 24 hours.

The government was then told to take strict action against those doctors who do not resume their work within the stipulated time.

Meanwhile, the strike has completely disrupted the healthcare services across Madhya Pradesh. — IANS