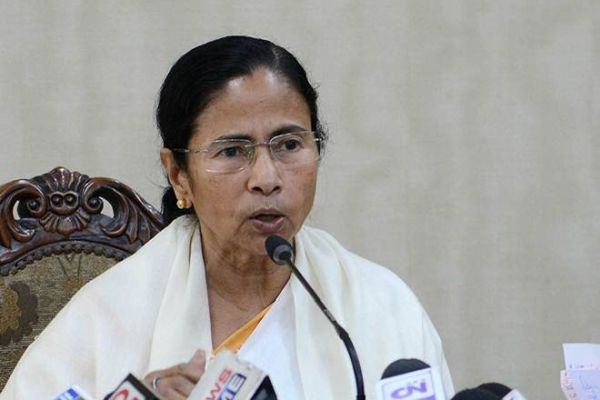 Even before cyclone ‘Yaas’ made an entry, chief minister Mamata Banerjee accused the central government of displaying partial attitude in disbursement of advance funds for impending disaster management. Chief Minister Mamata Banerjee alleged that when Odisha and Andhra Pradesh have been given more than rupees 600 crore each, while West Bengal has been given only a little more than rupees 400 crore.

“West Bengal is a large state with a density of population more than Odisha or Andhra Pradesh. I am not against their getting money but why will West Bengal be deprived of its due? We have more districts and according to the meteorological department 20 of our districts will be affected by the storm. It’s not that they are giving the money from their fund, they are giving our legitimate money in advance,” CM Banerjee said in a press conference on Monday.

“I have asked Amit Shah ji why are we getting a lesser amount when we are a bigger state than Odisha and Andhra Pradesh? He said that the allocation of money depends on certain mathematics and I decided not to continue with the issue further. During Amphan also they gave only 1,000 crore and I don’t know what they will do this time?” the chief minister said.

Speaking on the state government’s preparation she said, “Our primary concern is saving lives and so we have created 4,000 relief centres, taken schools and colleges where we hope to give shelter to 10 lakh people. The process of evacuation has started and we hope to shift the people before the landfall. We have also made arrangements for uninterrupted power supply in hospitals and vaccine centres so that there is a medical emergency and vaccination process doesn’t get hampered”.

“The impact might be even more than Amphan last year and so the state government has made every possible arrangement in rescue and relief operations. We have 1000 power restoration and 450 telecom restoration teams who will start working after the storm is over and we hope to restore power and telecom connectivity as soon as possible. We have also made arrangements for 51 disaster management teams,” she added.

Besides seeking help from all clubs, puja committees, NGO and other social organisations the chief minister said that all ferry services have been cancelled and many trains have been cancelled. “The tourism activity has been totally cancelled and there has been an absolute ban on fishing in the sea for the next few days. We have supplied all relief materials to the block and panchayat level and we will be monitoring everything from the state secretariat,” she said. -IANS

BJP will not return to power in 2024 LS polls: Mamata Banerjee