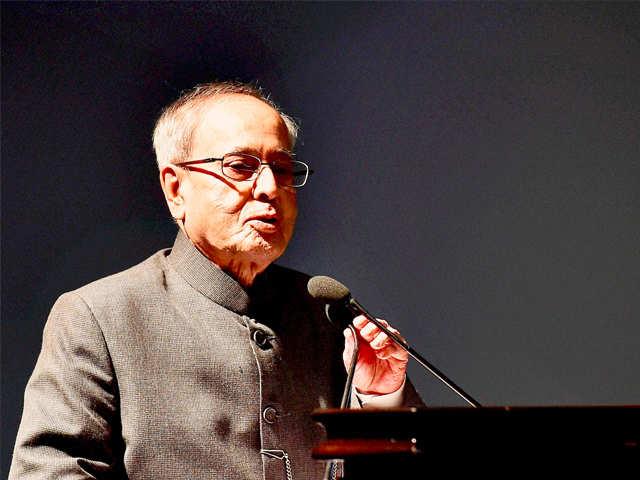 He is also frank about the reasons for the dismal showing of the Congress in the 2014 general elections, admitting candidly: “Some members of the Congress have theorized that had I become the PM in 2004, the party might have averted the 2014 Lok Sabha drubbing

New Delhi: Manmohan Singh was preoccupied with saving his coalition during his second stint while Narendra Modi was “autocratic” in his first term as Prime Minister, former President Pranab Mukherjee wrote in the fourth and concluding volume of his memoirs to be posthumously published next month.

He also doesn’t subscribe to the theory that the Congress would not have been drubbed in the 2014 general elections had he been made the Prime Minister in 2004 but says the Congress “lost focus” after he was elevated to President in 2012.

Laying bare his thoughts on his relationship with the two Prime Ministers he worked with, who belonged to two parties and who were (and are) fiercely opposed to each other, Mukherjee writes in ‘The Presidential Years’ (Rupa): “I believe that the moral authority to govern vests with the PM. The overall state of the nation is reflective of the functioning of the PM and his administration.

“While Dr Singh was preoccupied with saving the coalition, which took a toll on governance, Modi seemed to have employed a rather autocratic style of governance during his first term, as seen by the bitter relationship among the government, the legislature and the judiciary. Only time will tell if there is a better understanding on such matters in the second term of this government.”

He is also frank about the reasons for the dismal showing of the Congress in the 2014 general elections, admitting candidly: “Some members of the Congress have theorized that had I become the PM in 2004, the party might have averted the 2014 Lok Sabha drubbing.

“Though I don’t subscribe to this view, I do believe that the party’s leadership lost political focus after my elevation as President. While Sonia Gandhi was unable to handle the affairs of the party, Dr Singh’s prolonged absence from the House put an end to any personal contact with other MPs.”

Mukherjee also brings the reader closer to the inner workings of the Rashtrapati Bhavan as he reveals a minor diplomatic issue that arose during the visit of US President Barack Obama in 2015 when the US Secret Service insisted that Obama travels in a specially armoured vehicle that had been brought from the US, and not in the car designated for the use by the Indian head of state.

“They wanted me to travel in the same armoured car along with Obama. I politely but firmly refused to do so, and requested the MEA to inform the US authorities that when the US President travels with the Indian President in India, he would have to trust our security arrangements. It cannot be the other way around,” Mukherjee writes.

In the summer of 2012, when Mukherjee became the 13th President of India after having spent several decades in politics, there was great speculation about how he would approach his new, bipartisan role after having been associated with a political party for so many years of his life. By the time he had served his term, Mukherjee had won the respect and admiration of the people from across the political spectrum, including those who were his rivals when he was a political figure.

‘The Presidential Years’ is the culmination of a fascinating journey that brought Mukherjee from the flicker of a lamp in a remote village in Bengal to the chandeliers of Rashtrapati Bhavan.

It is a deeply personal account of the manner in which he reshaped the functioning of Rashtrapati Bhavan and responded to tumultuous events as the country’s first citizen, leaving behind a legacy that will be hard to match. Pranab da, as he is affectionately called, recollects the challenges he faced in his years as President – the difficult decisions he had to make and the tightrope walk he had to undertake to ensure that both constitutional propriety and his opinion were taken into consideration.

The first three books are titled ‘The Dramatic Decade’ that focuses on one of the most fascinating periods in Independent India’s history – the 1970s, when Mukherjee cut his teeth and plunged headlong into national politics; ‘The Turbulent Years’, which opens in the 1980s – Sanjay Gandhi is dead under unexpected, tragic circumstances, not many years later, Indira Gandhi is assassinated and Rajiv Gandhi, ‘the reluctant politician’, abruptly becomes India’s Prime Minister; and ‘The Coalition Years’, which begins its journey in 1996 and explores the highs and lows that characterised 16 years of one of the most tumultuous periods in the nation’s political history.