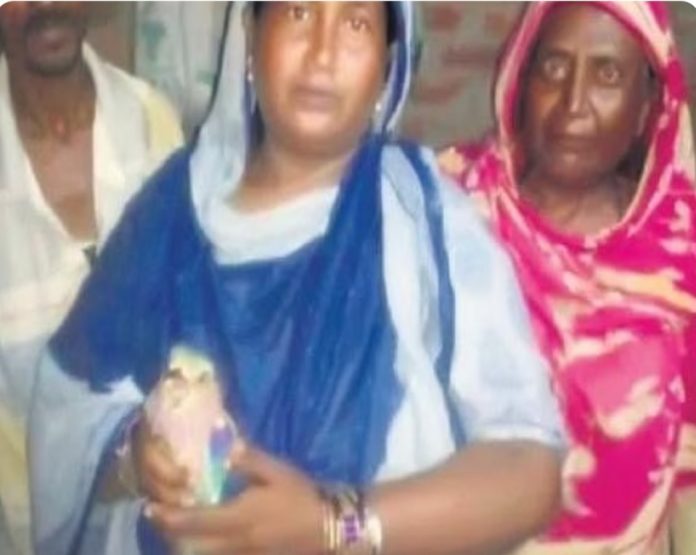 There is a hidden agenda in the story that Muslims bring extinct birds called ‘Neelkanth’ from the forest to facilitate the Hindus to celebrate the Dussehra festival in its entirety.

The story goes something like this; a few Muslims in the Ramnagar village in Pathar Dewa Block in Deoria district, Gorakhpur division of Uttar Pradesh are engaged in the act of going into the forest in search blue-necked bird called ‘Neelkanth’ and bringing it for the darshan by the Hindu community as a part of Dussehra festivities.

So ‘Neelkanth’ is a symbolic bird for the Hindu community as it signifies the victory of the righteous over the wrongdoers. The story is getting s lot of attention because it is said that members of the Muslim community toil in the forest to bring this auspicious bird to please the Hindu community.

Some quotes from the local villagers are cited in the story glorifying that some Muslims go to the forest ahead of the Dussehra festival and search for a blue-neck bird and hunt them alive and bring them to the village. This is done for Hindu worshipers who can have the darshan of the auspicious bird to complete the chorus of this festival.

It is described that all the people of the village go for a darshan of the blue-necked bird on the ninth day of Dussehra and on the tenth day after worshipping the ‘Neekanth’ bird set it free.  It is said, this tradition is continuing for the past 250 years in the Ramnagar village.

The involvement of Muslim families in bringing the Neelkanth bird is touted to be an example of secular traditions in India. It is said that how peaceful coexistence between the communities is still being practiced in small villages of India.

There are a few things that lie behind this story that needs to be unraveled before closing it on a positive note that it’s a tale of communal harmony in the country.

The second message from this story is all Muslims are bracketed into doing menial activities and belong to the lower strata of society. Nowhere, it’s mentioned that these Muslims belong to a caste category of bird-catcher whose profession since time immemorial is to catch birds. Their profession never changed after they become Muslims.

Third, the story conveniently calls all such people as the Muslim community who are keeping alive such secular traditions. It need not be repeated that these people who are called Muslims now, were Hindus and did the same activity before as well. They had shed their Hindu baggage due to the hatred they received being born in the lower caste.  The story never brings out the bitter truth of the life of these bird catchers.  What gives a spin to this story there is the Muslim angle to it.

The story does not like to commit that hunting of rare species is an unlawful activity and goes against the wildlife protection Act.  So how can the hunt of the “Neelkant” bird be condoned only because this act appeases the religious sentiments of the majority community? This shows how fast India is moving towards the goal of the Hindu Rashtra.

Last but not the least; such soft stories are planted in the media to serve a particular purpose. This is to convey the message that the Hindu community does not like to see Muslims as equal citizens. They like to follow the ‘Manusmṛiti,’ the treatise of ‘Hindu Rashtra’ than the Constitution of India.