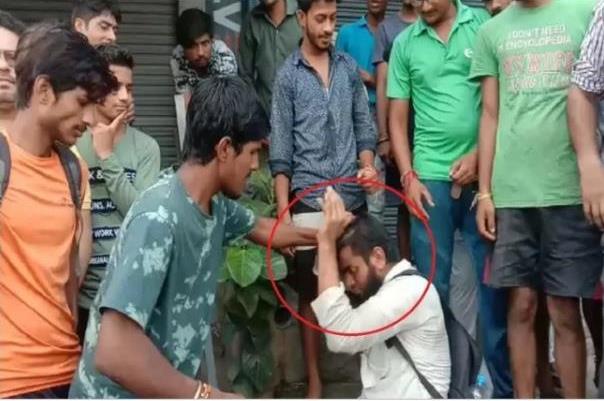 The incident took place when the man allegedly molested a girl in a moving bus. When the bus stopped at a bus stop, victim girl told the incident to her family members, who later started thrashing the man. Police arrested the person and is investigating the matter. The video of thrashing went viral.

This is second incident of mob lynching within a week. On Monday Mohammad Ovais,a  27-year-old madrasa teacher was beaten to death by at least two hawkers in north Delhi’s Kotwali area on Monday after an argument over the price of a pair of headphones. Family members, however, alleged that the man was thrashed by a group of people.

According to reports Umar a student of  madrasa Darul Uloom Asgharya,  Deoband was returning to his home Delhi .When the bus stopped at Baghpat, a girl who was travelling in the same bas called his father and informed him that a boy has molested her. The the father of the girl sent some people who dragged Umar out of bas and thrashed brutally.

The police came in time and saved Umar from being lynched.