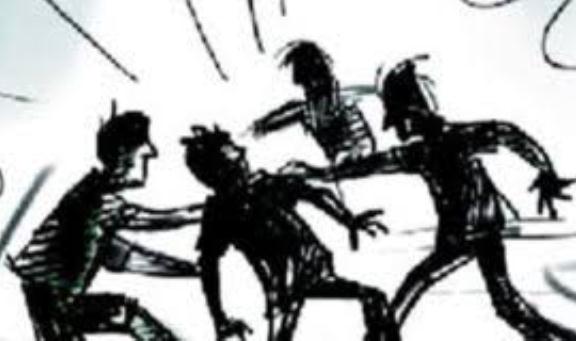 Meerut : In another incident of communal disharmony in the country , Pawan Kumar, 34, a welder by profession was first beaten and then his beard was forcefully shaven here in Meerut.

Kumar converted to Islam some 20 days ago, grew a beard and started wearing a skullcap as well. On Monday night, on getting whiff about the news, right-wing groups reached his home at Vishwakarma locality of Shamli and started beating him.

The right wing activists alleged that a local madrassa had coerced Kumar to convert to Islam.

However, Kumar denied the allegations and said, “I read a lot about Islam on the internet and one day decided to embrace the religion. No one forced me or lured me into this. I want to remain a Muslim but these rightwing activists beat me up and shaved off my beard.”

Kumar lives alone in the city and his sudden change baffled many in the locality.

Vivek Premi, head of Bajrang Dal’s local unit while talking to Times of India  said, “Locals informed our activists in Vishwakarma colony about this sudden change. We arrived at his house and found the allegations were correct. He told us that a few Muslims lured him into embracing Islam in exchange of money to start his own business. They had also promised to find a bride for him. Later, clerics of a local madrassa converted him and even took him to court for registration. However, after counselling he understood that he had made a mistake and agreed to return to Hinduism. We conducted a Shuddhikaran ceremony late on Monday night.”