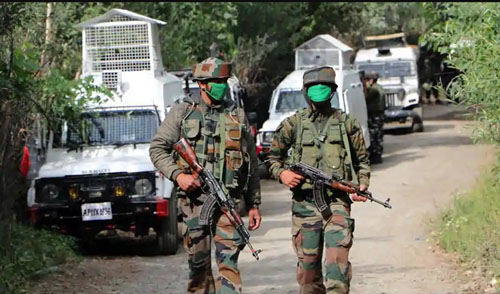 Srinagar, September 20: On July 18, Indian armed forces said they killed three unidentified terrorist in Amshipora village in Shopian , however the families of the trio killed in Amshipora operation claimed  that they were  laborers and left home on July16 in search of work .

Family members of the three deceased alleged that this was a case of fake encounter and the boys had no links to any terror outfits and had filed a Police complaint accusing soldiers of killing them in a staged gun battle.

After much hue and cry ,an internal inquiry was ordered  by army and it found that the concerned soldiers violated powers vested in them under AFSPA. On Friday, Army’s spokesman said that the inquiry ordered by the Army authorities into “operation Amshipora” has been concluded. The enquiry has brought out certain prima facie evidence indicating that during the operation, powers vested under the AFSPA 1990 were exceeded. “Consequently, the competent disciplinary authority has been directed to initiate disciplinary proceedings under the Army Act against those found prima-facie answerable,” the spokesman said.

“The evidence collected by the inquiry has prima-facie indicated that the three unidentified terrorists killed in Operation Amshipora– Imtiyaz Ahmed, Abrar Ahmed and Mohd Ibrar, hailed from Rajouri. Their DNA reports are awaited. Their involvement with terrorism or related activities is under investigation by the police,” the spokesman added.

“Indian Army is committed to the ethical conduct of operations. Further updates on the case will be given periodically without affecting the due process of the law of the land,’’ the Army said in a statement on Friday.

The AFSPA was implemented in Jammu and Kashmir on September 10, 1990, after a notification was issued by the State government .Under the Armed Forces (Special Powers) Act (AFSPA), security forces enjoy widespread impunity. Section 7 of the AFSPA provides virtual immunity for human rights violations by security force personnel, as any civilian prosecution can only proceed after obtaining prior sanction from the central government.