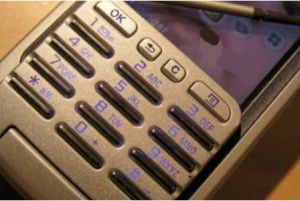 Abu Dhabi, April 7 : Lack of precaution by mobile users can have unfortunate consequences. Close to two in five mobile users in the Middle East and North Africa (MENA) region have fallen victims to mobile cyber crime, says a new study.

The study by Norton anti-virus producer Symantec showed that nearly nine out of 10 online adults (87 percent) in the MENA are mobile device users, of which a large majority (78 percent) use them to access the internet.

The study revealed that few people take necessary precautions to keep their devices and content safe and secure.

“People are relying more and more on their mobile phones and tablets to navigate, share, socialize and shop in today’s constantly-connected world,” said Tamim Taufiq, head of consumer sales MENA for Symantec.

“What many consumers may not realise is exactly how much of their personal and private information is up for grabs should these devices be compromised, lost or stolen.”

Yet as people expand their online lives through mobile devices, many are not taking steps to secure their device and the content it contains.

Nearly one in four mobile device users in the MENA admit to not always downloading applications from trustworthy sources – Close to three in 10 (29 percent) indicated that they do not use secure payment methods when making purchases from their mobile device, leaving their sensitive information such as credit card details vulnerable.

More than one quarter (28 percent) admitted to not using a password to help protect their personal data.

In the event of theft or loss, a treasure trove of personal information stored on the device can potentially be accessed including personal emails, a possible gateway to other sensitive information such as work correspondence and documents (54 percent), passwords for other online accounts (20 percent), and bank statements (33 percent).