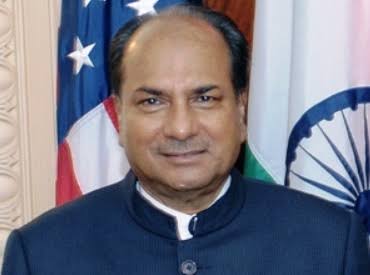 NEW DELHI – Amid the military disengagement process at the LAC, former Defence Minister and senior Congress leader A.K. Antony has accused the government of a “total surrender” to China and conceding strategic points to the Chinese.

Addressing a press conference in New Delhi along with Congress leader Randeep Singh Surjewala, Antony alleged that “the Indian LAC was till Finger 8 and after withdrawing to Finger 3, Indian forces will lose patrolling rights till Finger 8 and also the post at Finger 4.”

He said Indian forces were at strategic location of Kailash ranges and withdrawing from there is not in Indian interest as the forces can monitor Chinese movements from there.

Antony said, “Galwan was not even disputed in 1962 and the government can’t hide behind historical facts.”

The Congress has criticised Defence Minister Rajnath Singh’s statement in Parliament where he informed about the disengagement being done.

Surjewala said “the country will not accept anything less than status quo ante of April 2020 and the government has undermined the bravery of our forces.”

The Congress questioned the government as to why the buffer zone has been created in Indian territory. The Congress also paid tributes to the martyrs of the Pulwama attack.