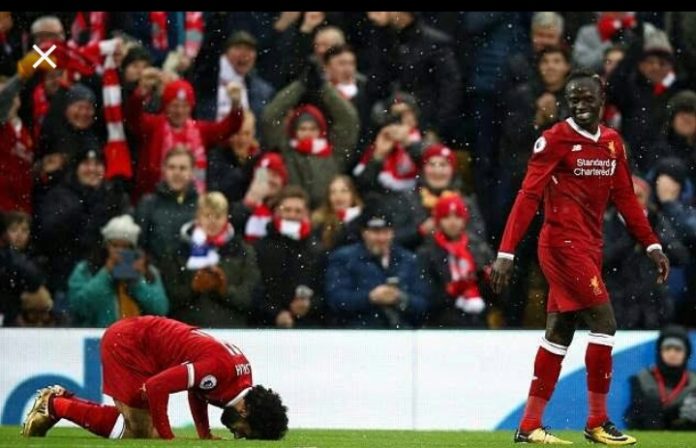 Mohammad Salah, and Sadio Mane were fasting during Ramadan as Liverpool won its sixth Champions League title on Saturday, using an early penalty kick by Mohamed Salah and a late goal by the substitute Divock Origi to beat Tottenham, 2-0, in a matchup of Premier League rivals in Madrid.

The two Muslim wingers, who have been praised for their previous performance despite abstaining from food and water during matches, will not break their religious obligations for the final in Madrid.

“There is no problem with the fast of my players, I respect their religion, they were always wonderful and they offered the best whether they were fasting or not,” Klopp said during a press conference on Tottenham Hotspur in the Champions League final.

“There are days when Sadio Mane or Mohamed Salah came into the dressing room because they were praying,” Klopp said. “In this life, there are many things more important than football.”

Last year, a debate broke out after Egyptian football star Mohammed Salah decided to keep his fasts during the World Cup.

After weeks of speculation, Salah – who has been continuously praised for promoting a positive image of Muslims in the UK and further afield – told his fans he would be observing Ramadan traditions, not only by stepping up his charity work, but by observing the dawn to dusk fast.

While many Muslims praised him for his loyalty to Islam, some expressed concern about his health and his deliverance in the infamous World Cup games, which in 2018 coincided with the Muslim fasting month of Ramadan.

Klopp’s sentiments contradict comments from Egyptian football manager Ahmed Hossam Hussein Abdelhamid, also known as Mido, who spoke out against players fasting during Ramadan while playing in football matches, claiming it would put a strain on their health.

Mido triggered a debate online after urging footballers to refrain from fasting in a bid to lessen the pressure on their bodies.

Salah was absent from the Champions League’s semi-final, a second-leg tie with FC Barcelona, due to a head injury, which he sustained in the previous game against Newcastle.

Salah has contributed to 100 goals in total for Liverpool, out of which he scored 69. He played one match with Italy’s Roma against Barcelona in the 2015/2016 Champions League. He failed to score any goals during the match, which ended 1-1.