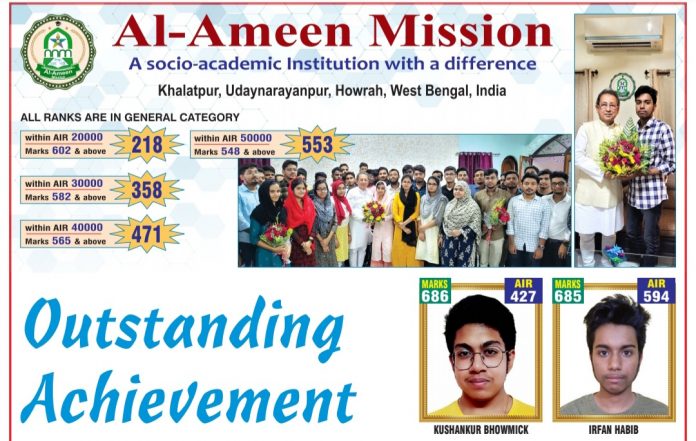 More than 500 students from the Al-Ameen Mission‘s 70 branches in West Bengal passed the National Eligibility-cum-Entrance Test (NEET) 2022 with flying colours.

M Noorul Islam, head of the Institution said, “I have had the biggest success this year, as the number of Al Ameen Mission students who have secured 600 and above points in the NEET is around 200.” 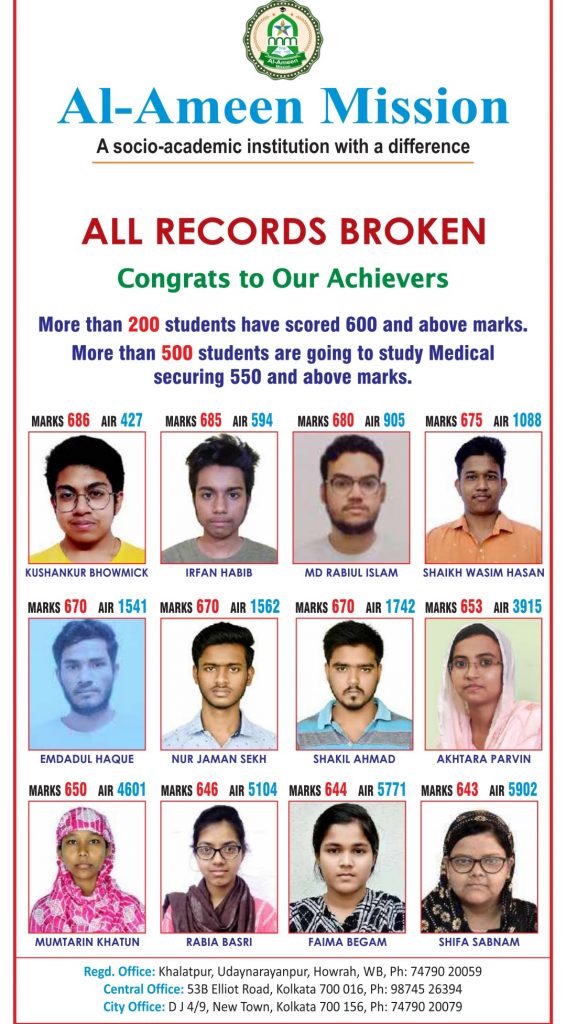 According to Islam, the number is likely to be higher this year as his team finalises the list.

Islam said that that the majority of the students are from rural areas and come from remote villages throughout West Bengal.

Kishankur Bhumika, a non-resident student, is this year’s Al-Ameen topper. He received 686 out of 720 points in the NEET and was ranked 427 at the All India level.

Irfan Habib, son of farmer Abdul Subhan of Devcharai village in Tafanganj, Cooch Behar, has received the highest marks among the mission’s resident students. He received 685 points and is ranked 594th in the all-India list. Aside from that, many Al Amneen Mission students scored more than 650 points on the NEET.

Al-Ameen Mission, based in Howrah, has produced over 3500 doctors (MBBS & BDS) and 3000 engineers, in addition to scores of researchers, administrative officers, teachers, and professors.

The organisation educates 17,000 residential students and employs over 3000 teachers and non-teaching staff. The main campus of Al-Ameen Mission is in the West Bengal district of Howrah, at Khalatpur (Udaynarayanpur).

“We utilize Zakat and Sadaqah funds to achieve our goal and play our role in nation building. We urge the community members to support our efforts ” Islam told Muslim Mirror.

“Most of the students who have qualified NEET from Al Ameen Mission belong to very poor backgrounds and weaker sections of society. We nurture their talent, develop their intellect and provide them a good environment so that they could come out with their best,” he said.