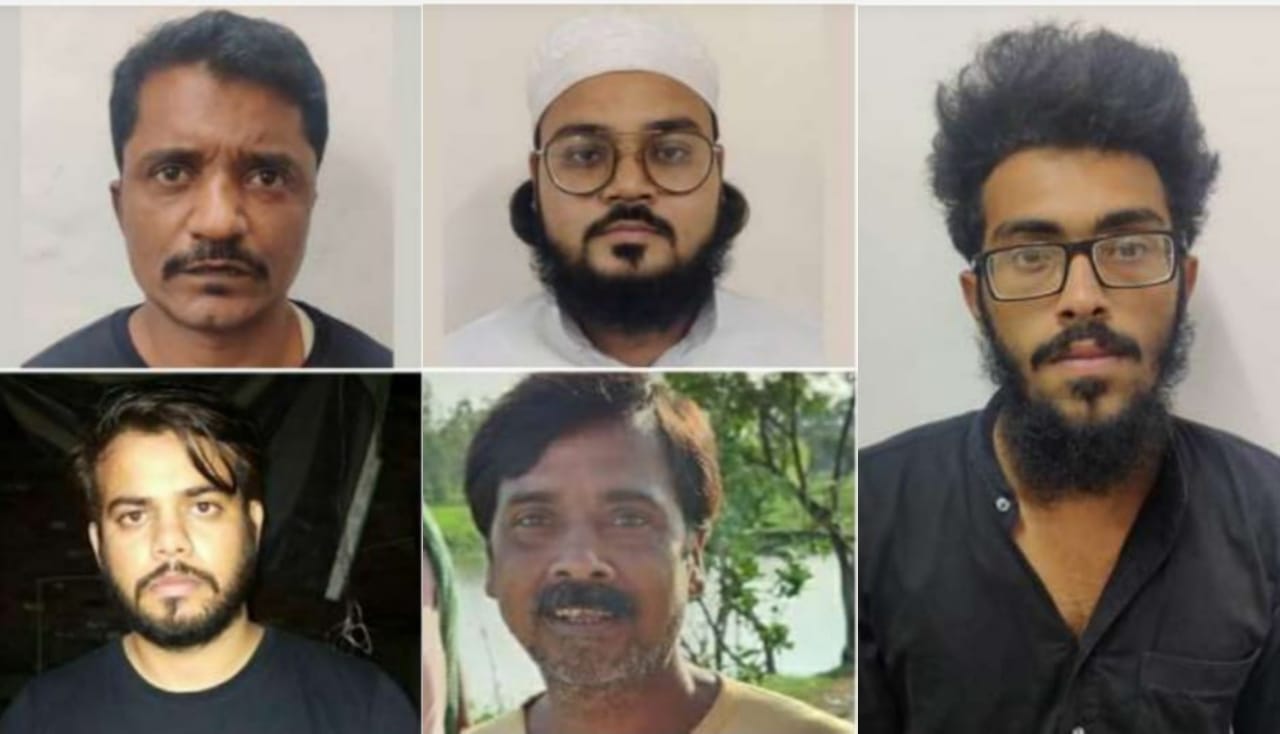 New Delhi: Noted rights organization Peoples’ Union for Civil Liberties (PUCL), Allahabad chapter  said that  the BJP-led  Uttar Pradesh government is allegedly “framing” Muslim  youths in the terror charges in order to polarize voters on communal line in the coming  assembly elections. Referring to the arrest of four Muslim youths in Allahabad, PUCL’s Allahabad chapter has demanded a judicial probe into the matter. It warned that the arrest of innocents is very dangerous for democracy.”

Releasing the report on the arrest, Manish Sinha, Secretary, Allahabad PUCL said “This government wants to polarize Hindu votes before the elections. It cannot be ruled out that there are many suspicious things and facts from the police side.”

According to the report, on September 15, the newspapers of Allahabad were full of news of the capture of some terrorists.

“It was reported that these people were planning to carry out blasts at important places in the state. Along with these boys, there were reports of the arrest of three people from Rae Bareilly and Lucknow. The press release issued by the Uttar Pradesh Anti-Terrorism Squad (ATS) on September 15 said that six people were arrested from three places, including two from Allahabad. But later, the number of arrests from Allahabad increased to four. Two brothers were picked up from Delhi. They are members of the family of Humaid arrested in Allahabad,” the report said.

After his arrest on September 14, misleading information came in the newspapers for several days. “Due to the misleading news, Allahabad PUCL decided to investigate it and formed an investigating team,” the report said.

On September 21, the investigation team interacted with the family members of the arrested Zeeshan and Humaid. Arrested Tariq and Shahrukh’s family members have locked themselves in the house in panic and are not talking to anyone. But neighbors said that the news of Shahrukh, whose release after the interrogation was published in the newspapers, is a lie.

The PUCL investigation team came to know different things after talking to the people.

According to the report, “Zeeshan and Tariq were arrested on the morning of September 14. Tariq was arrested before Zeeshan. Zeeshan’s father said at 10 am the ATS men came and left after interrogating Zeeshan. The questioning was focused on one issue. After half an hour, they came again with a boy named Tahir”.

“Zeeshan had gone to Muscat for a job. Earlier, Zeeshan’s father also used to do the same job. Zeeshan’s childhood was spent there. After the lockdown, he returned to his country. After sitting idle for a few days, Tahir made him meet Humaid, who was into the date palm business. Dates are imported from Saudi Arabia. These are then sent to many parts of the country. Zeeshan also invested money in this business. But he could not get his money back.”

The report debunked all the claims made in the press note by the UP ATS which stated that Zeeshan went to Pakistan and was trained by ISI. However, Zeeshan’s father said he never went to Pakistan or had any relatives in the neighboring country.

Zeeshan was presented in Delhi’s Patiala Court on September 15 at 11.30 am. On the same day, an ATS press release said six terrorists from Uttar Pradesh were arrested. The release also mentioned the names of Zeeshan and Tariq.

The report said, “On September 15, about 40-50 people forcefully entered Humaid’s house. It is a joint house, and Humaid and his family used to live in one portion. They snatched everyone’s mobiles, and got every room opened. The sisters said police asked Abbu, `how many weapon licenses do you have? And how many people are in government jobs? Abbu told them that we do not have any licenses. They interrogated Humaid’s wife for three hours. They were asking the same thing again and again, where is the weapon? Humaid has solemnized two marriages. His second wife, who lives at the Tiranga crossroads in Kareli, was later questioned similarly”.

The police also arrested two nephews of Humaid from Delhi on the same morning. One of the nephews, Usama, lives in Delhi with his elder brother’s family. Both the brothers were also engaged in the date business with Humaid. The primary operator of this business is Usama’s father and Humaid’s elder brother, who lives in Saudi Arabia. Humaid looks after this business in India. He said besides ATS, the Enforcement Directorate (ED) also came to his house.

“ATS has snatched all the mobile phones in their house. The wives of both brothers are pregnant. So they are unable to call anywhere. Humaid called the house three days after this raid on September 18, saying that he would surrender. Shortly after, he surrendered in Kotwali,” the report said.

On September 8, a Facebook video of Shahrukh wanted in the same case surfaced in which he was seen saying that he did not know what was in the box he kept at the poultry farm on September 12.

The box was given to him by Humaid, and he had not opened it. In the video, he also said that he had received a call from the ATS on the morning of September 14. Frightened, he called up ATS the same evening, but no one picked up the phone. Finally, on the evening of September 19, he surrendered before Kotwali.

“The people whom the ATS and Delhi Special Cell described as dreaded terrorists backed by Pakistan did not run away and cooperated in the interrogation. They later surrendered. These also raised questions it underlined.

Zeeshan was arrested by ATS from his house in Allahabad and produced in Delhi court. In the process, they did not seek any transit remand from Allahabad court. Nor did they produce him in court within 24 hours.

“The ATS has said that explosives were found from Naini’s Poultry Farm at Dundee, but did not display it in front of the press, as it has been doing in all other cases,” the report said.

“Zeeshan’s father said if his son was a terrorist working with ISI, then he could have escaped, but he did not run away. So the police’s story of a big Pakistani terrorist raises doubts.”

The PUCL said it is in the larger interest of the democracy and the rule of the law that the  whole matter should be investigated by a team headed by a judge.

Renaissance will come when Saudi and UAE rulers are thrown out: Arif Ayyub